(Bloomberg) — Two of the biggest hurdles constraining the world economy have just been cleared.

Its a double shot of economic love!

Dogged for most of 2019 by trade tensions and political risk that hammered business confidence, the outlook for global growth will enter 2020 on a firmer footing after the U.S. and China struck a partial trade deal and outlook for Brexit cleared somewhat.

“The China trade deal and U.K. election result have taken out a major tail risk overhanging markets and companies,” said Ben Emons, managing director for global macro strategy at Medley Global Advisors in New York. “Business confidence should see a large boost that could see a restart of global investment, inventory rebuild and a resurgence of global trade volume.”

Like financial markets, most economists had factored in some kind of phase-one trade agreement between the world’s largest economies when projecting the world economy would stabilize into 2020 after a recession scare earlier this year.

But at a minimum, the agreement between President Donald Trump and President Xi Jinping means some of the more dire scenarios being contemplated just a few months ago now appear less likely.

Bloomberg Economics estimated in June that the cost of the U.S.-China trade war could reach $1.2 trillion by 2021, with the impact spread across the Asian supply chain. That estimate was based on 25% tariffs on all U.S.-China trade and a 10% drop in stock markets. 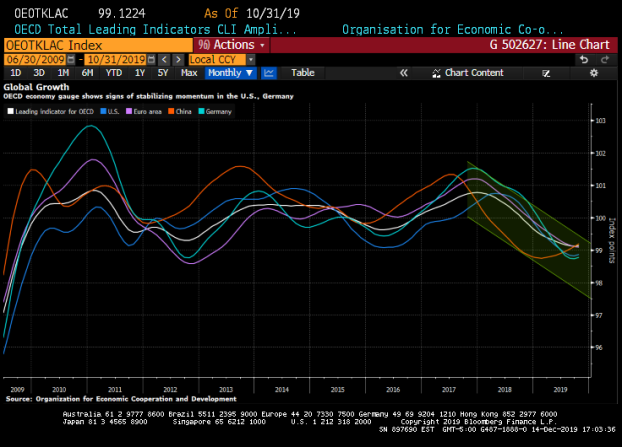 Both the VIX and TYVIX are near historic lows.

With this bevy of good news, how long before residential mortgage rates rise?? 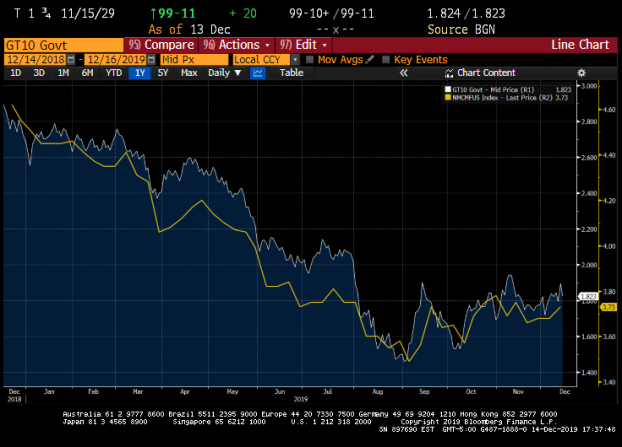