Update (1500ET): A top U.S. regulator is exploring whether to throw a lifeline to mortgage servicers stressed by the coronavirus pandemic by tapping a program meant to address natural disasters.

Bloomberg reports that, in order to prepare for an expected wave of missed payments as borrowers deal with the economic fallout from the virus, officials at Ginnie Mae are considering using relief programs most often activated in the wake of hurricanes, floods and other calamities, according to people familiar with the matter.

Mortgage-industry lobbyists unsuccessfully tried to get Congress to include some sort of liquidity facility for servicers in the stimulus bill. Still, many servicers expect the Treasury Department and the Federal Reserve to create a lifeline for servicers out of other money in the $2 trillion package.

Earlier this week, ZeroHedge highlighted the fact that numerous mortgage-related companies were facing considerable – and in some cases existential – crises in their day-to-day operations amid margin calls, illiquidity, and a drying up of demand for non-agency products thanks to The Fed’s intervention. 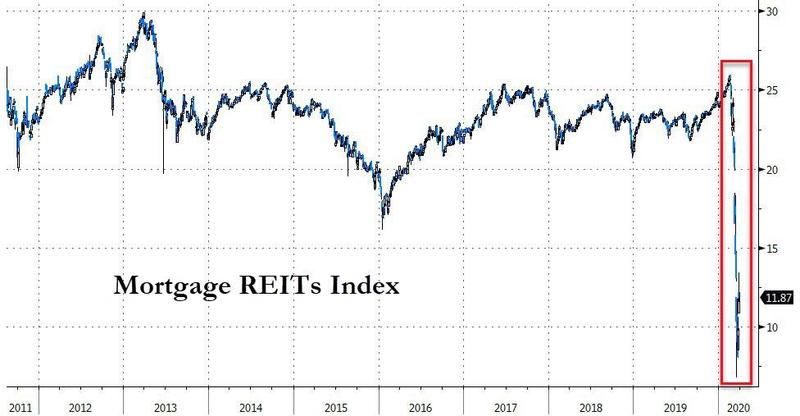 First, its was AG Mortgage Investment Trust which last Friday said it failed to meet some margin calls and doesn’t expect to be able to meet future margin calls with its current financing. Then it was TPG RE Finance Trust which also hit a liquidity wall and could not repay its lenders. Then, on Monday it was first Invesco, then ED&F Man Capital, and then the mortgage mayhem took down MFA Financial, which stated “due to the turmoil in the financial markets resulting from the global pandemic of the COVID-19 virus, the Company and its subsidiaries have received an unusually high number of margin calls from financing counterparties, and have also experienced higher funding costs in respect of its repurchase agreements.”

And now that mortgage-mayhem has impacted one of the largest U.S. mortgage firms catering to riskier borrowers.

Earlier in the week, we mentioned Angel Oak Mortgage Solutions – which specializes in so-called non-qualified mortgages that can’t be sold to Fannie Mae or Freddie Mac – pointing out that the company would pause all originations of loans for two weeks “due to the constant shifts and the inability to appropriately evaluate credit risk.”

And now Sreeni Prabhu, co-chief executive officer of the firm’s parent, Angel Oak Cos., is slashing 70% of the comany’s workforce (almost 200 of its 275 employees).

“We have to slow down and re-underwrite in the new world that we’re in. That’s going to take some time.”

Bloomberg reports that Angel Oak is primarily known for its riskier lending arm, which is one of the leaders in funding non-qualified mortgages. Such loans include those made to borrowers who verify their incomes with bank statements instead of tax returns and others who may have recently filed for bankruptcy or had a previous foreclosure that hurt their credit scores.

Angel Oak Mortgage Solutions funded some $3.3 billion of non-QM loans in 2019, making it one of the biggest lenders in the space. In January, Angel Oak’s mortgage units said they planned to fund more than $8 billion of home loans in 2020, but the total is now likely to be perhaps a quarter of that, Prabhu said.

The coronavirus pandemic has brought non-QM lending to a virtual standstill industrywide. Many non-QM borrowers are self-employed, making them among the hardest hit by a broad slowdown in business activity. 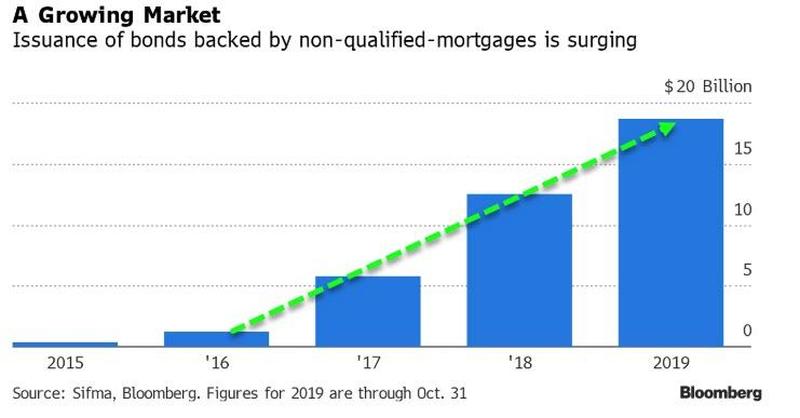 Citadel Servicing Corp., another top non-QM lender, said it was halting originations for 30 days, and Mega Capital Funding Inc. told brokers last week that it was suspending its programs for those mortgages “for the foreseeable future,” according to a notice seen by Bloomberg.