First JPMorgan admitted that over 500 of its generously paid employees had “illegally pocketed” covid-relief funds and then summarily fired most of them – and now it’s chronic lawbreaking recidivist Wells Fargo’s turn. 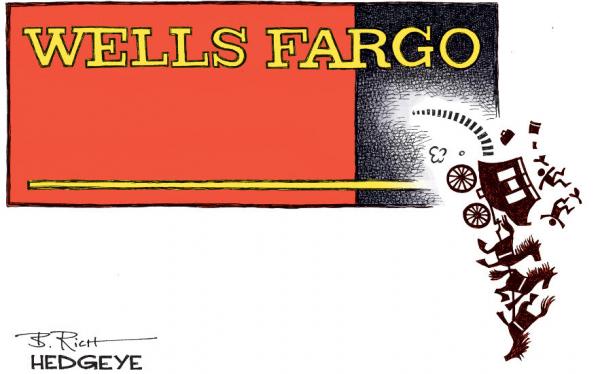 The bank, whose stock tumbled today after reporting dismal results and then was hit with even more selling after cutting its net interest income outlook, has fired more than 100 employees for illegally getting covid relief funds which were meant to help small businesses, Bloomberg reported citing a person familiar.

Warren Buffett’s favorite bank uncovered dozens of employees who defrauded the Small Business Administration “by making false representations in applying for coronavirus relief funds for themselves,” according to an internal memo reviewed by Bloomberg. Similar to JPMorgan, the abuse was tied to the Economic Injury Disaster Loan program and was outside the employees’ roles at the bank, according to the memo.

“We have terminated the employment of those individuals and will cooperate fully with law enforcement,” David Galloreese, Wells Fargo’s head of human resources, said in the memo. Wells Fargo’s actions follow JPMorgan Chase & Co.’s finding that more than 500 employees tapped the EIDL program which hands out as much as $10,000 in emergency advances that don’t have to be repaid, and dozens did so improperly.

The bank “will continue to look into these matters,” Galloreese added, saying the employees’ abuse didn’t involve customers… for once. “If we identify additional wrongdoing by employees, we will take appropriate action.”

As Bloomberg notes banks were urged by the SBA to look out for suspicious deposits from the EIDL program to their customers and even their own staff, after an analysis identified that at least $1.3 billion was sent out from the SBA for suspicious payments. While the program offers loans to businesses, much of the concern has focused on its advances of as much as $10,000 that don’t have to be repaid.

Wells Fargo is best known for its role in a massive account fraud scandal in which the bank created millions of fraudulent savings and checking accounts on behalf of Wells Fargo clients without their consent over a 14-year period. The fallout led to the bank paying $3 billion to settle criminal charges and former CEO John Stumpf losing his job after a historic Congressional grilling, while also agreeing pay a personal $17.5 million fine. In 2018, Wells Fargo agreed to an unprecedented consent order from the Fed which capped the size of its balance sheet and limited how many loans the bank can issue, one of the factors behind the dismal performance of its stock in recent years, which even prompted Warren Buffett to finally dump some of his Wells Fargo holdings.