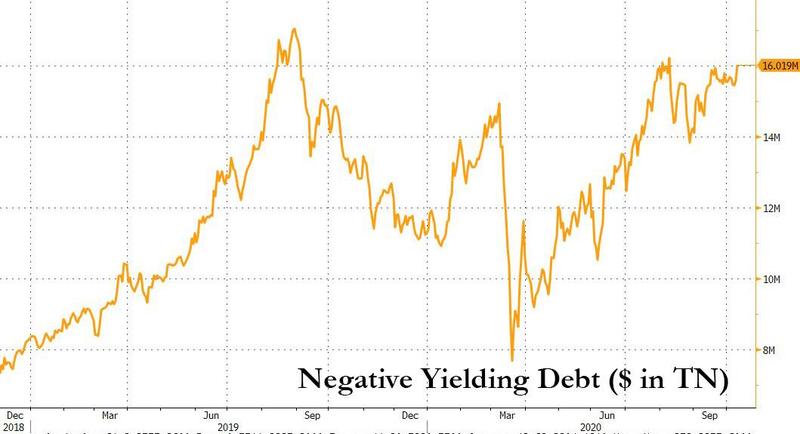 … the US remains one of the outliers where nominal yields are still positive (if not for too long). Still, with rates in the US remaining caught in a tight range, and as bank funding conditions increasingly normalize, it means that yields on mortgages continue to shrink, and sure enough according to the latest Freddie Mac data, the average yield for a 30-year, fixed loan dropped to 2.81%, down from 2.87% last week, which was not only the lowest in almost 50 years of data-keeping, but also the 10th record low this year.  The previous all time low – 2.86% – held for about a month. 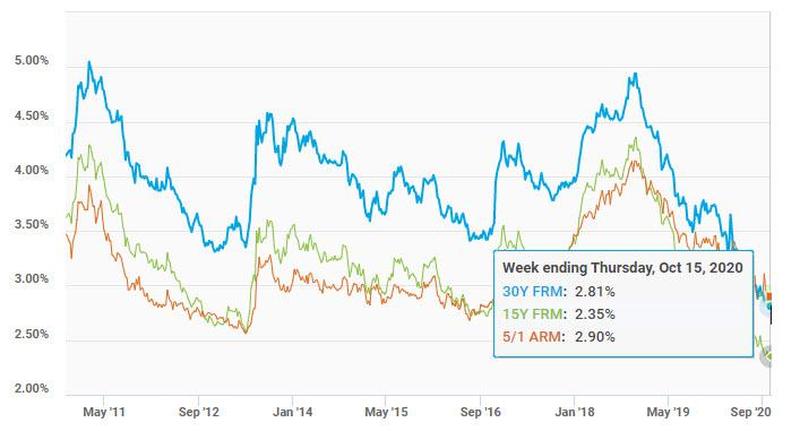 The availability of record cheap loans – which is unlikely to change with the Fed signaling it will hold its benchmark rate near zero through at least 2023 – has fueled a home buying spree which while bolstering the pandemic economy, has resulted in yet another bubble (for more details see Visualizing The U.S. Housing Frenzy In 34 Charts)

Meanwhile,  the surging demand for the scarce supply of properties on the market is pushing up prices, putting home ownership out of reach for many Americans, and leading to even greater wealth inequality which, as a reminder, is how we got here in the first place. Adding insult to injury, lenders have tightened credit standards to near record levels, presenting another potential obstacle for would-be buyers. 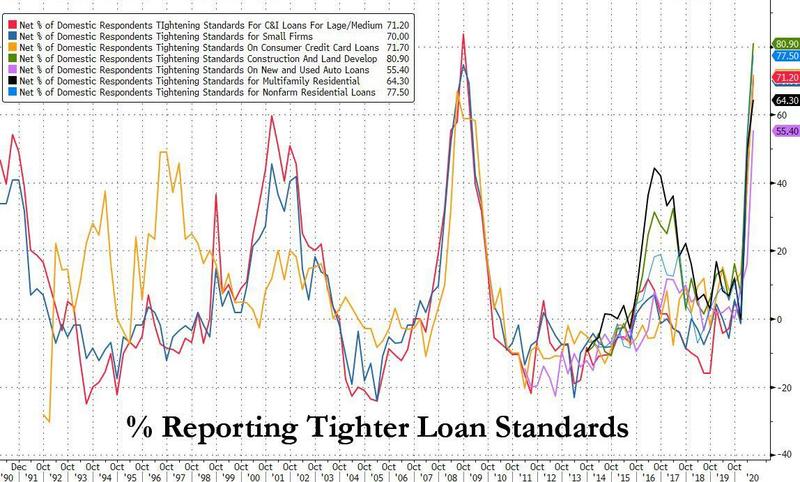 “It’s important to remember that not all people are able to take advantage of low rates, given the effects of the pandemic,” Sam Khater, Freddie Mac’s chief economist, said in the statement.