European equities slumped to near one-month lows on Thursday, as soaring COVID-19 cases across the continent weighed on sentiment. In recent months, virus cases have spiked across Europe, with Spain becoming the first country on the continent to surpass the one million infection mark. At the same time, Italy has just set a record increase in daily cases.

The surge in European coronavirus cases has shifted sentiment lower for businesses, with downside risks emerging for the continent’s economy in the fourth quarter.

Bloomberg, citing a new McKinsey & Co. survey conducted in August, describes a particularly gloomy outlook for Europe’s small and medium-sized businesses, warns that at least half of them could enter into bankruptcy proceedings in the next year if revenues continue to stagnate.

The survey, of more than 2,200 SMEs in Europe’s five largest economies, was conducted in August before coronavirus cases on the continent started to spike. With some countries, Ireland, France, and Spain, reimposing stricter social distancing measures to mitigate the virus spread, this could easily result in more economic pressure that would ultimately squeeze SMEs. 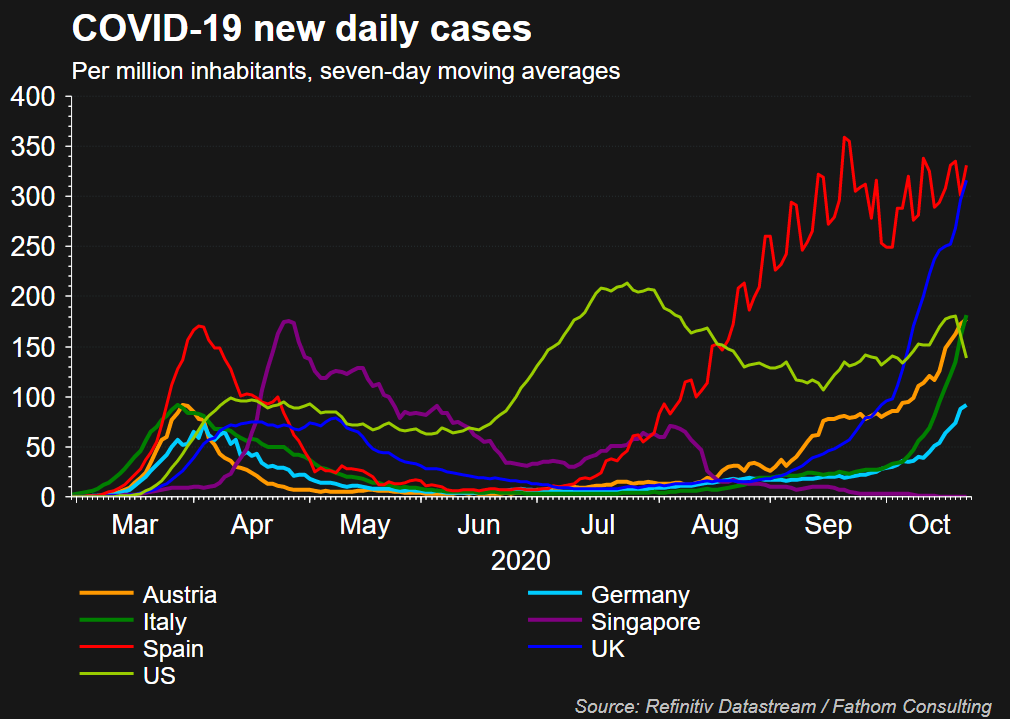 McKinsey found 20% of SMEs in Italy and France could file for bankruptcy within the next six months. Like the US, European SMEs account for two-thirds of the workforce and at least half of economic value-added. A further collapse of SMEs is a warning sign of an economic recovery that doesn’t resemble a “V-shaped” recovery.

“The pandemic has hit European firms hard, with 70% reporting lower revenues. That level was even higher in Italy and Spain, reflecting the severity of the virus and lock down measures in those countries,” Bloomberg said. 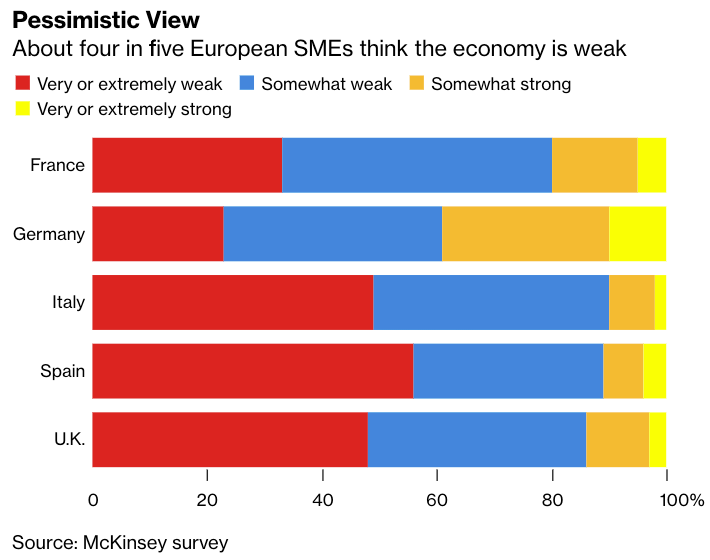 In a recent interview, ECB President Christine Lagarde told French newspaper Le Monde that Europe’s economic recovery is “running out of steam” amid a second wave of the virus pandemic.

“The second wave of the epidemic in Europe, particularly in France, and the new restrictive measures that accompany it add to uncertainty and weigh on the recovery,” Lagarde said.

Eurozone GDP could plunge by as much as 8% in 2020, according to the latest ECB predictions.

“If the situation deteriorates, this will obviously darken our forecasts, which we will revise in December,” Lagarde said.

As for Rabobank strategist Piotr Matys, who was quoted by Reuters, he believes the virus pandemic storm never left, but during the summer period, “we were in the eye of the storm, I think.”

“Some governments assumed the worst was over… but now the invisible enemy is hitting even harder and I am worried about the fragile economic recovery,” said Matys.

In short, Europe will need to unleash another fiscal or monetary cannon to save SMEs from imminent doom as rising cases force some countries to reimpose strict social distancing measures. This is more bad news for investors who thought a “V-shaped” recovery was around the corner.