(Jeffrey A. Tucker) What a glorious thing the reopening is! After nearly a year of darkening times, the light has begun to dawn, at least in the U.S. 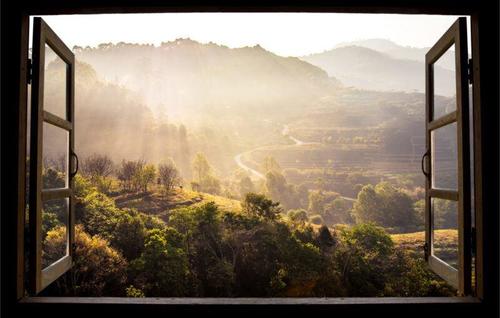 Given how incredibly political this pandemic has been from the beginning, many people smell a rat. Is it really the case that the reopening of the American economy, particularly in blue states, is so perfectly timed? Do the science and politics really line up so well?

These are questions for another day. And for the record, my own opinion is that the loosening of restrictions is timed well with the relaxing of public disease fear, from whatever source, political or through exhaustion or through a shift in the media narrative. In any case, it doesn’t matter for now. What matters right now is that the astonishing destructiveness of lock downs might be coming to an end.

For those of us inveighing against lock downs for a full year, it’s truly been a remarkable week. Restrictions are being loosened or are going away. We are finally getting some truth about the carnage. And we are even starting to see some elected officials being honest with us.

Let’s start in the most locked down state on the mainland: Massachusetts. Governor Charles Baker, whose pandemic management has wrecked so many businesses in his state, has decided it’s time to open up restaurants and businesses.

A hospital epidemiologist at Tufts Medical Center admits that the lock downs didn’t achieve their goal. Shira Dorn said: “Businesses and restaurants have not been shown to be a significant source of spread of infection, and it’s not clear that the additional measures that were instituted in November and December actually helped.”

So sorry we ruined your holidays and lives.

The egregious limits on gatherings will persist for a few more weeks, but the tone of the argument here has shifted. It is the most significant change in state policy in a very long time. Perhaps people can begin soon to get their human rights back?

The same is happening in other states.

National Public Radio has decided to announce that the virus has peaked.

The WHO is insisting that the PCR cycle threshold must change. If nations adjust, it should make a big difference in the case trend.

And perhaps in the most honest statement uttered by any elected official in twelve months, Joseph Biden said the following:

“There’s nothing we can do to change the trajectory of the pandemic in the next several months.” He didn’t need to qualify that statement. He could have stopped after pandemic.

CNN has removed the death tracker from its main page, while the New York Times has reported a 33% decline in new cases in the past two weeks. Plus, the Times, which arguably made the most profound contribution to the public panic over the virus, is finally reporting on the terrible carnage.

In an incredibly heartbreaking article, the Times chronicles the unspeakable deaths of despair from young children denied schooling over the past year. It’s an absolutely shocking article, one that should echo unto the ages, given what happened this last year. It’s worth a read.

As for the astonishingly anti-scientific blather dished out by the media over the last year, even that is starting to change. The Washington Post has published a helpful introduction to immunological basics, as written by JHU Professor Marty Makary:

Having the infection activates both antibodies as well as memory B- and T-cells, which teach your immune system to recognize the same virus in the future to swiftly eradicate it.

Natural immunity after covid-19 infection appears to last for at least the one year in which the virus has been circulating at large. Extrapolating from research on the SARS and MERS coronaviruses, it could be much longer. In one study of 176 people infected with SARS, immunity lasted for an average of two years. Another long-term analysis of health-care workers previously infected with SARS found antibodies up to 12 years later. Protective antibodies for the MERS coronavirus have similarly been documented to last for at least three years. And while the 1918 pandemic was caused by an influenza virus, the immune systems of those infected were able to make antibodies to the virus nearly nine decades later, a 2008 Nature study found.

Even mild infections appear to elicit a persistent and functional immune response. One recent European study found that people who had mild or asymptomatic covid-19 mounted a “robust T-cell immunity” afterward. A separate French study affirmed this, noting that some people who lived with a confirmed covid-infected person developed T-cell immunity even when they did not test positive for covid.

The article goes even further to openly admit what many of us have noticed since March:

“Many medical experts have been dismissive of natural immunity due to prior infection, but there is overwhelming data showing that covid-19 reinfections are rare, and when they do occur, the infection is often mild.”

These basic facts fundamentally change the rationale for locking down. We’ve evolved with viruses without locking down. Starting in the late 19th century, once we got smarter about viruses, we realized that protection of the vulnerable and exposure among the non-vulnerable, in the framework of a functioning society, was the best approach to dealing with pandemics. We pursued that policy for a full century until last year. The unprecedented experiment with lock downs will end up causing more death than if we had maintained a functioning society while treating disease as a medical and not a political problem.

We are also getting some truth telling on track-and-trace, courtesy of Holman Jenkins in the Wall Street Journal:

Top of the list is magic solution X, a national test and trace program. I won’t mince words. A 9-year-old could see the math didn’t work. Covid spreads more easily than the flu. An overwhelming share of cases are asymptomatic or indistinguishable from ailments that millions of Americans suffer every day. In a country as big, mobile and open as the U.S., there was zero chance of catching and isolating enough spreaders to matter.

Many experts said so at the time, but quietly. Anthony Fauci eventually said so, but quietly. All implicitly knew not to get between the media and its imperative that every big misfortune be played as a failure of inadequate government.

Even when the testing data shouted the truth, the press couldn’t hear it. Our testing misses 70% to 90% of Covid cases and yet 91% of the people being tested for Covid tested negative and were suffering from something else. We were never going to make a dent in the epidemic this way. It was a distraction.

Finally, we have actual experiments in openness right here in the US. Florida, Georgia, South Carolina, and South Dakota have all been open since the spring of last year, with life continuing on more or less as normal. The results have been no worse and most often better than what we see in lock down states. It’s almost as if the virus doesn’t care about your political solutions.

One final data point. I watched the AFC Championship football game last night. Gone were the dreary ads of 2020 that all began “In these challenging times.” Instead we were treated to pictures of happy parties, friends socializing, people living life normally and happily. Even the masks are going away. True the stadium was only half full due to preposterous regulations but it felt much more normal.

Are our governments getting wise? Doubtful but many are feeling pressure to start recognizing the rights of human beings again. The new variant (viruses naturally mutate and the NYT is trying to bring calm) might frighten them again. Biden has already imposed new international travel restrictions. We aren’t out of the woods yet.

Will they admit error and apologize? That will take longer if it happens at all. At this point, right now, other things matter more. The priority must be to emancipate us from bad science and destructive policy so we can put our lives back together again.

1 thought on “All Hail The Reopening!”