(Tom Pappert) A 24-year-old man who says he graduated from college just before COVID-19 provoked massive lockdowns and a stagnant economy, now says that the cost of his insulin and other diabetic supplies have skyrocketed to $2,000. This comes after Joe Biden rescinded an executive order, signed by President Donald Trump, that lowered the cost of life sustaining insulin for low income Americans. 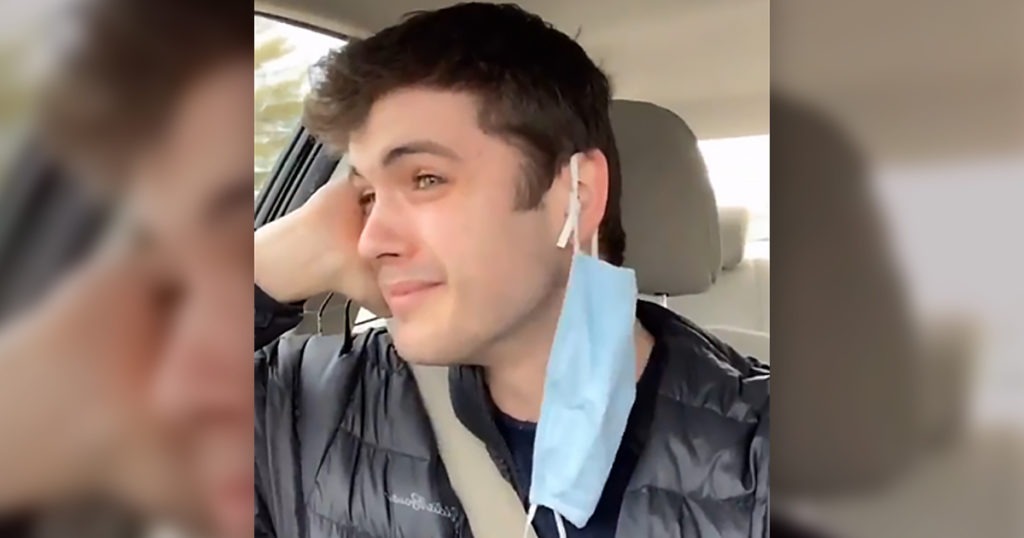 “Hi everybody, so I’m just having a little freak out in my car, because I just found out my f**king diabetic supplies, like my insulin and my pump supplies that I need to live are costing $2,000 a month,” said the man, who appears to have Type 1 diabetes.

“I am 24, I only just got out of college before COVID hit and I’m not making any good money. How am I supposed to pay $2,000 for something that I didn’t do anything to get?”

Those with Type 1 diabetes were born with the irreversible disease, as opposed to those with Type 2 diabetes, who largely experience the disease as a result of a genetic predisposition or unfortunate lifestyle choices.

“America is f**king bullshit, like I can’t afford to live,” the man shouted, gripped with emotion. “I have to pay for something that I did not at all, at all do anything to get. So I guess I’ll just f**king die.”

It is unlikely the man’s insulin and pump would cost such an astronomical sum under President Trump, who specifically signed four executive orders aimed at lowering these costs last year. National File reported:

Last July, President Trump issued four executive orders that instructed the Secretary of Health and Human Services to “end a shadowy system of kickbacks by middlemen that lurks behind the high out-of-pocket costs many Americans face at the pharmacy counter.”

Mr. Trump said the high price of insulin and epinephrine pens (EpiPens) used in emergency situations to combat severe allergic reactions that can often cause death, have cut off low-income people in “desperate” need of the medications.

The slate of executive orders included a directive that required federal community health centers to pass the significant discounts they received from pharmaceutical companies on insulin and EpiPens directly to patients.

Biden never explained why he reversed an executive order that was aimed at helping impoverished Americans, but many conservatives believe it is to increase dissatisfaction with the current healthcare system (Obamacare) and pave the way for socialized medicine as an alternative.

This Is What Biden Did To Our Family In Less Than One Month.…

1 thought on “‘I Can’t Afford To Live’: Man Panics After Insulin Skyrockets to $2,000 Per Month Under Biden Executive Order”