Wells Fargo just announced that it’s shutting down all of its existing personal lines of credit – a popular product offered by the retail-focused Wall Street giant – a move that will likely infuriate legions of customers. 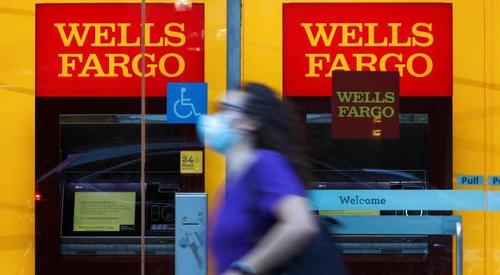 The revolving credit lines, which will be shut down in the coming weeks, typically allow users borrow $3K to $100K, were pitched as a way to consolidate higher-interest credit-card debt, pay for home renovations or avoid overdraft fees on checking accounts attached to the loan.

Customers have been given a 60-day notice that their accounts will be shuttered, and remaining balances will require regular minimum payments, according to the statement.

According to CNBC, it’s the latest “difficult decision” facing Wells CEO Charlie Scharf, who is being forced to make cutbacks to the banks’ business thanks to restrictions imposed by the Federal Reserve years ago as punishment for the bank’s criminal scandals like the now-infamous scandal whereby branch managers opened credit lines for customers without permission. a scandal that outraged the public.

“Wells Fargo recently reviewed its product offerings and decided to discontinue offering new Personal and Portfolio line of credit accounts and close all existing accounts,” the bank said in the six-page letter. The move would let the bank focus on credit cards and personal loans, it said.

The sudden closures will leave many customers without what may be a critical source of liquidity. What’s worse, many will be penalized for the decision, making it more difficult for them to receive credit from a new source. Per CNBC, those whose credit lines are involuntarily closed will still see their FICO scores penalized as if they had elected to close the credit line willingly.

With its latest move, Wells Fargo warned customers that the account closures “may have an impact on your credit score,” according to a Frequently Asked Questions segment of the letter.

Another part of the FAQ asserted that the account closures couldn’t be reviewed or reversed: “We apologize for the inconvenience this Line of Credit closure will cause,” the bank said. “The account closure is final.”

Back in 2018, the Fed barred Wells Fargo from expanding its balance sheet until the central bank’s regulators decide that the bank has fixed its compliance shortcomings exposed by the fake accounts scandal and other abuses of the consumer.

The asset cap has ultimately cost the bank billions of dollars in lost earnings, based on the balance sheet growth of rivals like JPMorgan. It has also cost the mortgage giant its position as the biggest mortgage lender in the US (and to Quicken Loans, no less).

The last time Wells curtailed consumer credit was back in the summer of 2020 when it halted all new home equity lines of credit. At the time, many were unsure about the remaining purchasing power of the consumer (of course, trillions of dollars in federal stimulus money soon took care of that).

Which is why the timing of this latest decision is so curious. As Treasury yields drop, signaling unease about the trajectory of the global post-pandemic recovery, amid nervousness about a potential Fed rate hike before the end of next year, is the bank simply engaging in some prudent risk-management while using the Fed’s balance-sheet order as an excuse? To be sure, the bank didn’t directly blame the Fed asset cap, but that would seemingly be the only other justification, since giving out loans is how banks make money.

1 thought on “Wells Fargo Unexpectedly Shuts All Existing Personal Lines Of Credit, Hinting US Economy On The Edge”