Traders say that Cushing stockpiles might fall to critical levels within weeks; the last time that happened was in 2014. 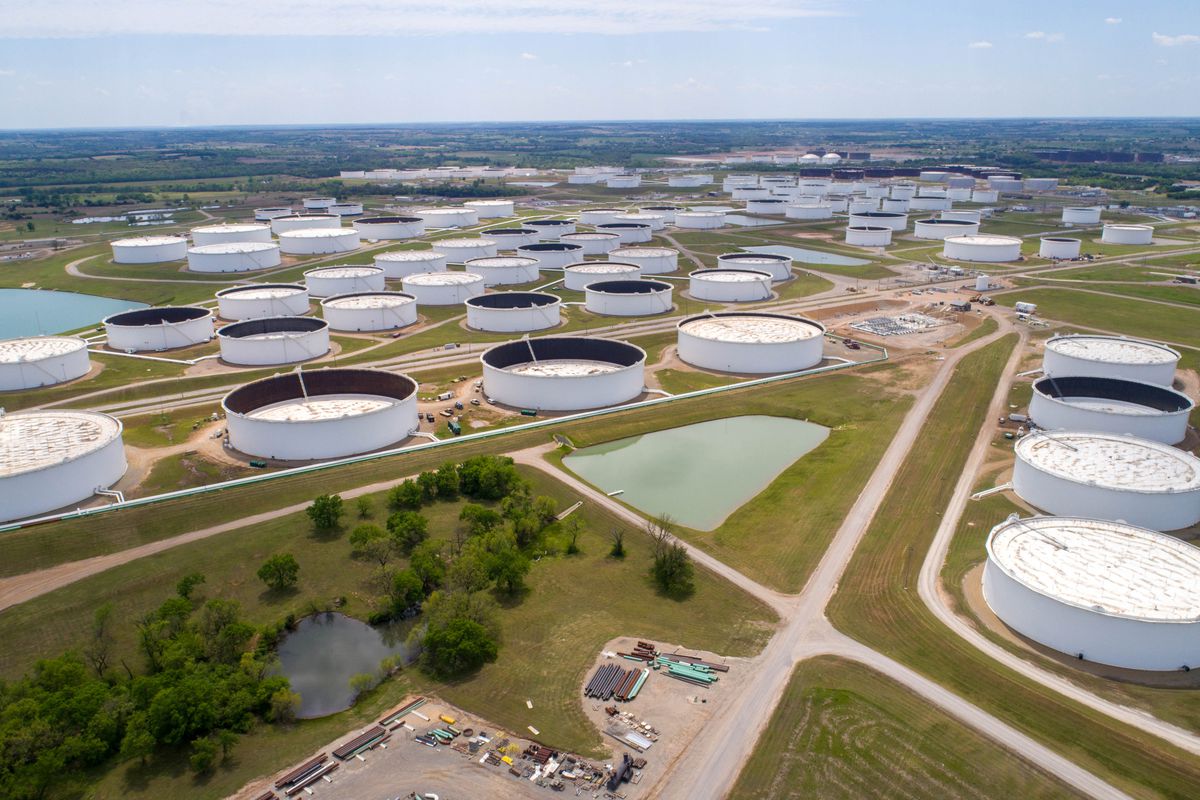 The storage tanks in Cushing, Oklahoma, require a minimum level of oil to maintain normal operations, which  traders generally believe is around 20 million barrels. Unusually for this time of year, stockpiles declined more than 4 million barrels over the past two weeks to 31 million and are expected to keep dropping rapidly due to the world’s insatiable demand for U.S. light sweet crude.

It’s a stunning reversal from last year when the pandemic prompted a glut of oil so big that traders resorted to storing it in tankers at sea. The drawdown, driven by a rapid demand recovery, has been exacerbated by an energy crisis that has sent European and Asian buyers on the hunt for cheaper barrels. Over the coming weeks, stockpiles are likely to fall further to the operational low, traders at some of the biggest oil merchants in the world said, prompting the market to turn even more bullish.

“Crude oil could justifiably trade to the next level higher on the storage drought at Cushing alone,” said  Bob Yawger, director of the futures division at Mizuho Securities USA. “Forget about fuel switching, whether OPEC+ adds additional barrels, or dollar weakness: if Cushing continues to slide, it could get ugly quickly.”

The rapid depletion of Cushing signals just how tight global oil supplies are and threatens to drive prices even higher from their current levels. Surging oil prices are already driving  costs up for road fuel, freight activity and air travel and stoking inflation just as many countries are only just recovering from the pandemic-driven economic slump.

At the current rate of draws it could be just weeks away from Cushing being effectively out of crude, JPMorgan Chase & Co. analysts including Natasha Kaneva said in a report.

Demand for Cushing oil surged because it was the cheapest in the world and stockpiles declined very quickly, according to a senior trader at one of the biggest U.S. crude exporters. Demand for U.S. barrels is higher than ever, the person added, noting that South Korea will have bought the most U.S. crude in their history in November.

Asian buyers, including India and Taiwan, are still in the market to purchase U.S. crude cargoes loading in early November, according to traders, highlighting the rush to secure supplies.

The global energy crisis has made the light, sweet, crude from Cushing more attractive on the global market because it has less sulfur than some other types of oil that must be processed through units at refineries called hydrocrackers. Hydrocrackers rely on hydrogen usually generated from natural gas — the cost of which has surged to record highs in parts of Europe and Asia recently.

Global Oil Demand Is Soaring and Refiners Are Reaping the Profit