(Sundance) The apoplectic response to Joe Manchin’s rebuke of Biden’s Build Back Better deal in general, and specifically, their reaction to losing the climate change agenda within it, points toward the original intent of COVID-19 in the first place.

Point One – The “Build Back Better” agenda was never about anything except radical climate change legislation.  Once you accept that, now admitted, baseline, things start to become much clearer.

Point Two – The “Build Back Better” phrase came from the World Economic Forum and was promoted by a multitude of international leaders and left-wing organizations.   That reality then brings up the most important point.  To get to “building back better”, you first need to destroy something.  That thing they needed to destroy was how the global economic dependency on carbon-based fuel supplies (oil, gas, coal, etc.).

Point Four – That triggering mechanism was/is SARS-CoV-2, or what we now call COVID-19 and all variants therein.

There you have it.  That’s the summary soup to nuts explanation of why a virus was created, and the subsequent panic pushing to create social structures that would facilitate the global acceptance of an entire new economic system that would be designed around saving the planet. 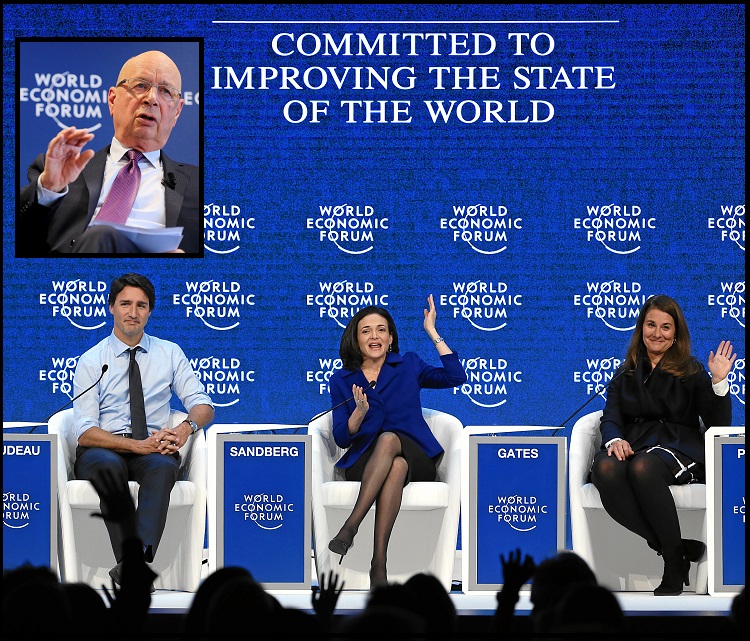 Through the prism of that motive, all irreconcilable panic-selling from government entities starts to make sense.

You don’t have to be a true believer at the top of the climate change pyramid to see the massive financial opportunities created by an agenda to structurally change the entire foundation of energy use on a global scale.

Factually, I would be surprised if the biggest people within Klaus Schwab’s WEF believed in anything even resembling climate change.  However, they would see the opportunity for a massive shift in global wealth, and with that comes a myriad of mechanisms and more opportunities to control it.

As I have repeated on these pages for a decade, everything is downstream from the economics of everything.  The love of money and power is at the root of all evil.

Fascism was traditionally defined as an authoritarian government working hand-in-glove with corporations to achieve objectives. A centralized autocratic government headed by a dictatorial leader, using severe economic and social regimentation, and forcible suppression of opposition.

That system of government didn’t work in the long-term, because the underlying principles of free people reject government authoritarianism.  Fascist governments collapsed, and the corporate beneficiaries were nulled and scorned for participating.  Then, along came a new approach to achieve the same objective.

Fascism, the cooperation between government and corporations, is still the underlying premise; the World Economic Forum simply flipped the internal dynamic putting the corporations in charge of handing out the instructions.

What results is a slightly modified definition of fascism:

…A massive multinational corporate conglomerate; telling a centralized autocratic government leader what to do; and using severe economic and social regimentation as a control mechanism; combined with forcible suppression of opposition by both the corporations and government.

Doesn’t that define our current reality, especially in the era of COVID?

The instructions from the multinationals to government would be called “Build Back Better”.

The triggering mechanism to create the crisis (BBB is designed to solve), is called SARS-CoV-2.

The program to control backlash and ensure sheeple compliance from various populations would be called “a vaccine.”

Driving fear of the Rona would be needed and disproportionate to the risk itself.   This keeps backlash in line (lock downs, regulations etc).  If any opposition to the agenda begins to mount, the same people pushing the originating narrative then create and push a variant.  The variant, real or imagined, is then pushed forward in order to get compliance (acceptance of the BBB objective) back on track.

In my opinion, structurally changing the global economy around the threat of climate change is what this entire Coronavirus mess is all about.  They needed the virus to trigger the crisis.  The crisis then creates the roadmap to rebuilding all society -on a global level- away from fossil fuels.

Put another way: the motive behind the origin of the Coronavirus is climate change. 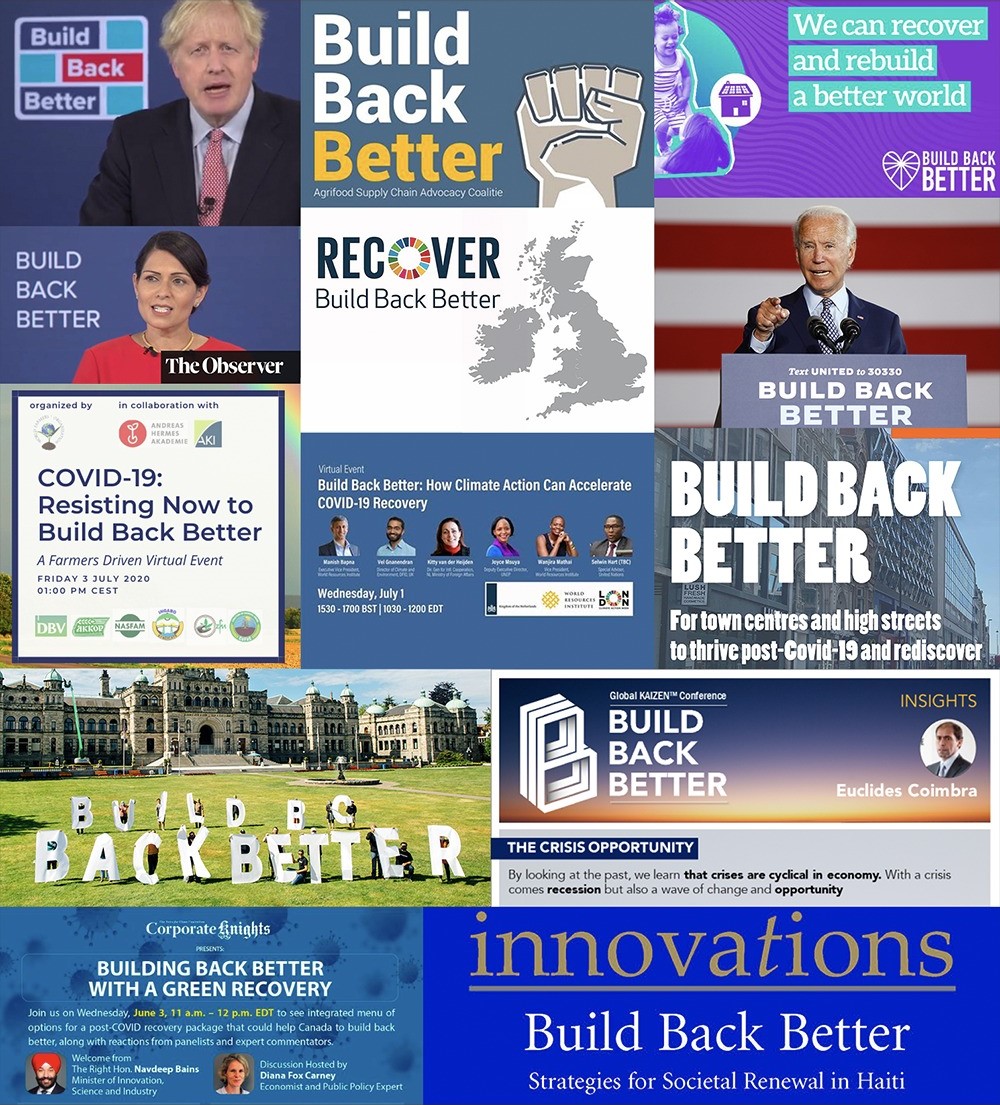 Source: by Sundance | The Conservative Treehouse 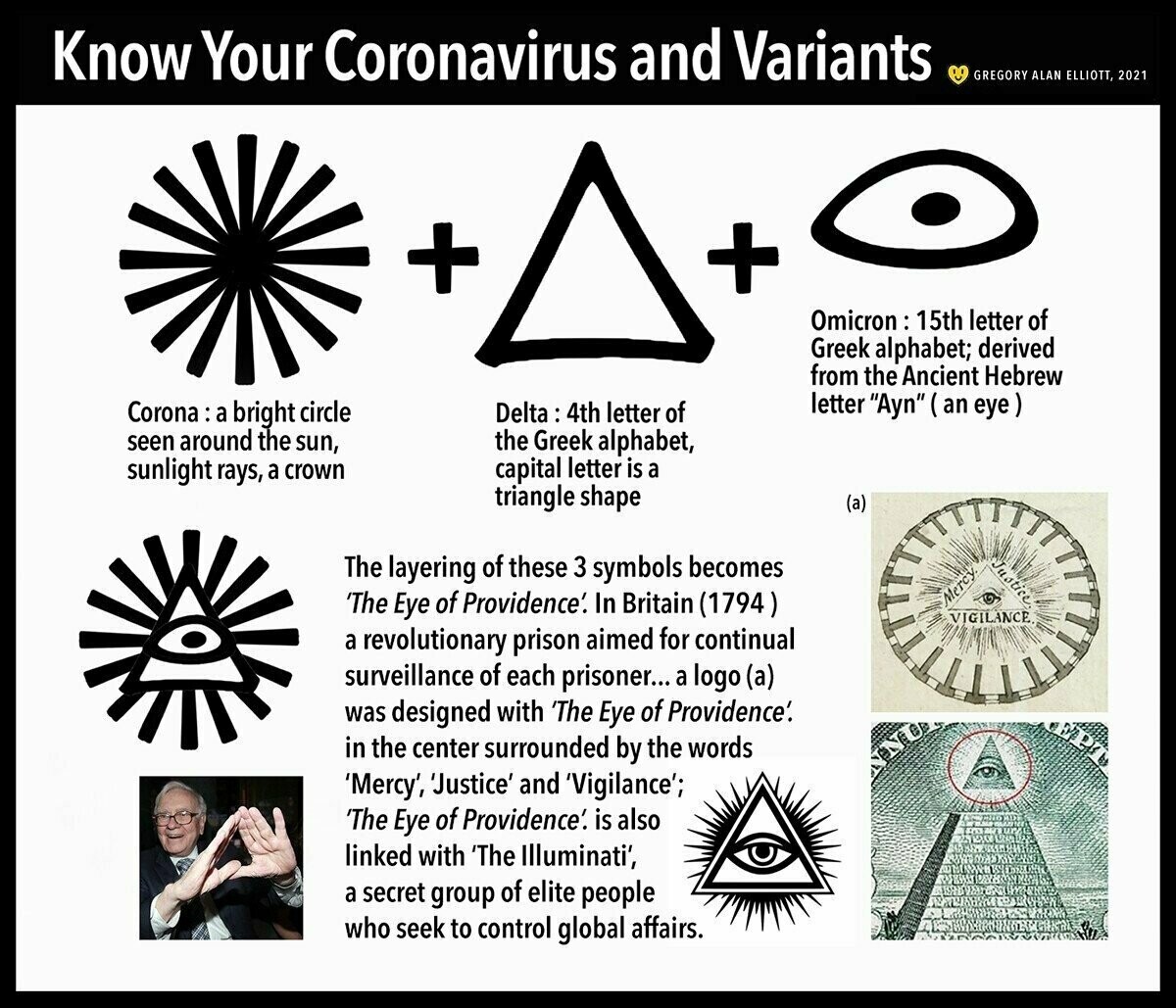