It has been over twenty years since the construction of the man-made islands of Dubai began, the world’s largest artificial archipelago. Widely announced as the star project of the urban development of the United Emirate, two decades later, the story is very different to what the developers would have imagined. Islands yet to be completed, abandoned projects, the sea reclaiming its space… even so, Dubai is not giving up and it is confident that, despite the delay, it’s dream will become a reality.

THE CURRENT STATE OF THE ISLANDS

At the beginning of the 21st century, Dubai experienced a frenzy of urban development, positioning the Arab Emirate as the capital of eccentricities and architectural records. The most ambitious project was the construction of the Palm Islands, which was later joined by The World and The Universe archipelagos, currently under construction. In total, a group of five man-made archipelagos, promoted as an oasis of luxury that has reclaimed land from the sea.

In twenty years, numerous different problems have led to delays in the works, nonpayment, debts, legal problems, an irreparable environmental impact, some islands sinking back into the sea… Despite all these unforeseen circumstances that have threatened the feasibility of the project, the developer, Nakheel, has is not giving up on it. 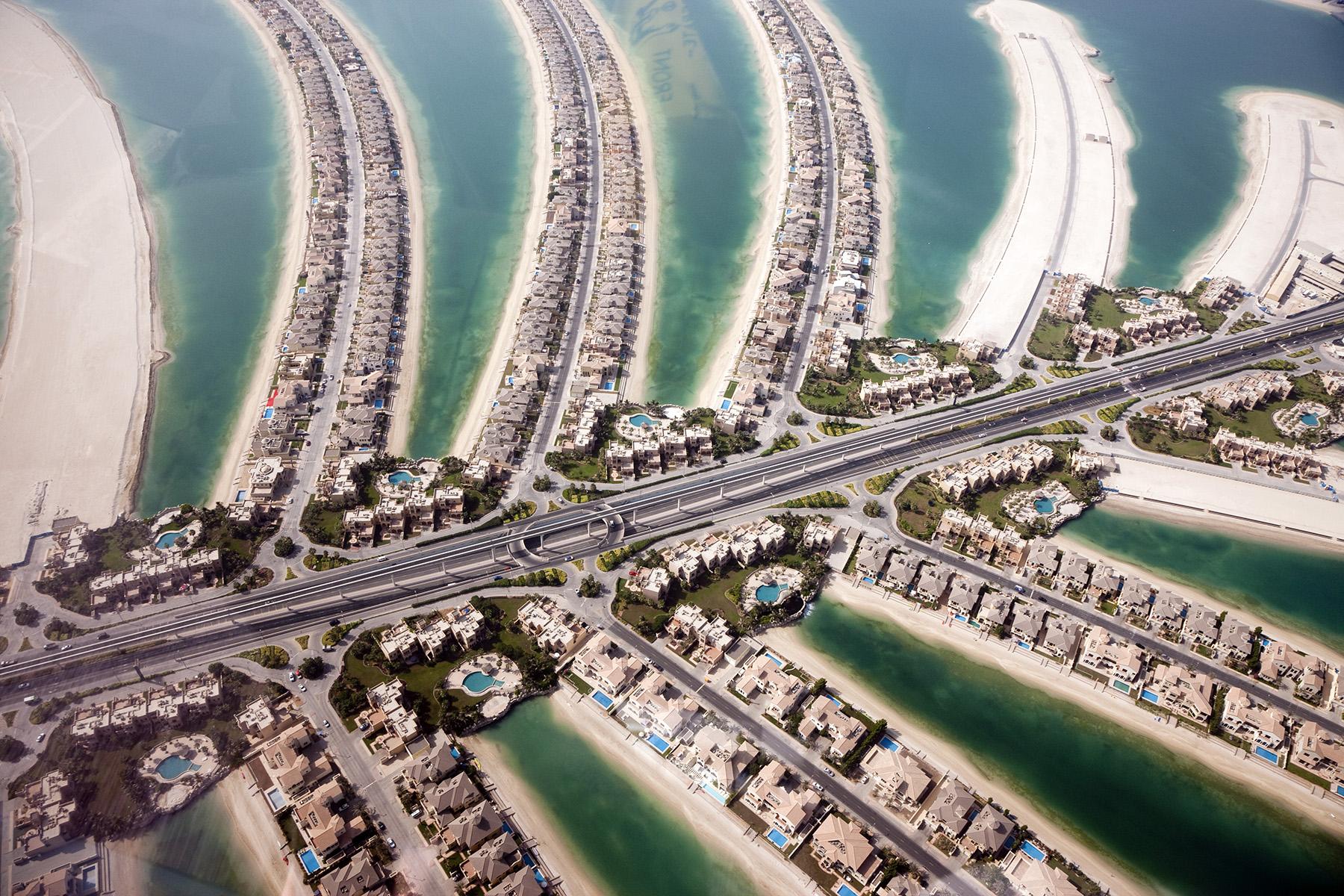 The financial and real estate crisis of 2008 and the drop in oil prices in 2014 which fuel the Emirate’s economy were the first events to have a negative impact on the feasibility of this macro-project.

The chronology of the events is long and complex, but essentially it can be summarized in private investors that pulled out, million dollar debts incurred by the developer, lawsuits and suspended works, with no restart date.

The problems continue today. In 2018, sales of new real estate developments dropped by 46% during the first quarter of the year. Since the end of 2014, house prices have dropped by 15%.

Numerous real estate projects have proposed relaunching The World project, with new investors such as the Philippine startup Revolution Precrafted, which will invest 3.2 billion dollars in the construction of luxury apartments and a hotel.

The World: at risk of sinking

Still with The World, in 2010, the marine company Penguin Marine warned that this group of archipelagos was sinking back into the sea. The company, responsible for providing logistics and transport services to the islands, regularly took measurements for safety purposes.

The main reason is that the sand extracted from the seabed to build the 300 archipelagos, was gradually returning to its place of origin. A photograph taken from the International Space Station in February 2010, showed evidence that, indeed, the waters of the Persian Gulf were rising and the islands were starting to disappear.

This also led to the channels between the islands becoming obstructed. Nakheel, the project developer, denied all these allegations and ended up winning the trial against Penguin Marine, which wanted to cancel its contract.

According to information from NASA, Palm Jumeirah was also sinking at a rate of five millimeters per year.

Premature erosion of the construction materials

According to the conclusions obtained from the environmental studies presented by the researcher Bayyinah Salahuddin, Dubai’s beaches lose between 10,000 and 15,000 cubic meters of sand each year. The Palm Jumeirah construction, which has affected the natural flow of the wind, has caused the tides to increase this rate of erosion. The result is that marine sediment deposits have moved 40 kilometers over a five-year period.

All the movement caused during the construction has affected marine biodiversity, burying oyster beds and causing irreparable damage to the coral on the sea floor.

This problem is not exclusive to Dubai. In 2017, the Abu Dhabi Environment Agency warned that the in the worst-case scenario regarding the effects of climate change, sea levels would increase by 9 meters, which would be catastrophic for Dubai and its artificial islands. Approximately 85% of residents in the United Arab Emirates live in coastal areas.

To protect them from the waves, the islands are surrounded by a giant wave breaker. It is only 2 meters above sea level to ensure that residents and visitors have uninterrupted views. The immediate result is the artificial alteration of the marine flows and the reduction of marine currents. In the long term, this barrier is unlikely to be sufficient in the event of the worst forecasts or even the most optimistic of these.

The alteration of marine currents and loss of local biodiversity may increase this problem. The exacerbated rate of construction that took place during the first decade of the 21st century and the pollution associated with this activity did not help to mitigate the warming of the city or of the Persian Gulf.

2 thoughts on “What Happened To Dubai Man Made Islands?”