30 Year fixed mortgage rates have jumped 160bp this year, reaching the highest since November 2018, with the latest Freddie Mac data showing an acceleration in mortgage rates which jumped a quarter point in just the past week, from 4.42% to 4.67%. This is an even bigger increase than we discussed in our recent housing comment.

And while the benchmark 10y Treasury yield has also risen, the increase is “only” 94bp. In other words, there has also been a significant widening in mortgage spreads, by 66bp to 243bp. This could be explained by the Fed’s accelerated pivot from QE to QT, the latter of which we expect will be announced at the next FOMC meeting in May.

As discussed one week ago in “Housing Affordability Is About To Crash The Most On Record“, the move higher in rates means that an already record affordability shock will be even worse!  END_OF_DOCUMENT_TOKEN_TO_BE_REPLACED 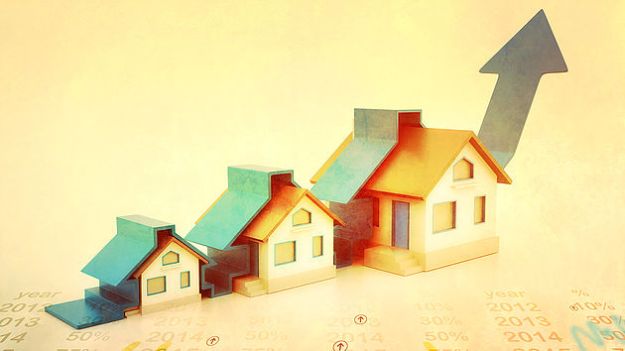 California is expensive to anyone who wants to move here, but is that a “crisis”? State Treasurer John Chiang and the bureaucrats in Sacramento want you to believe this so they can add another 5 million people to the state, and they don’t want to stop there. More people everywhere, more cars on the jam-packed streets and freeways, more kids in already crowded schools, more water resources drained, more pollution, and more environmental damages. The character and nature of our state and every community changed forever. Sacramento wants them to live in your neighborhood. Why should we let them ruin the good thing we’ve sacrificed for?

Let’s examine homeownership affordability in the state. According to records from the California Association of REALTORS, their Affordability index is currently at 34, meaning 34% of California families – using traditional metrics – can afford to buy the median priced California home. In the past 28 years, this index has been as low as 22% in 1991 and as high as 56% in 2012. For comparison, the national affordability index is at 60%. So California is expensive, but it has been for decades. If home ownership, currently 54% in California, were truly unaffordable we should be seeing massive mortgage defaults. But only 1.41% of California mortgages are at risk of foreclosure, meaning 98.59% of California homeowners with a mortgage are affording them. Does that sound like a crisis or a reason to add another 5 million people to the state?

The definition of “unaffordable” is “too expensive for people to be able to buy or pay for.” At California’s current median price, homes are selling so fast the current statewide inventory of unsold homes would last only 3.5 months if new inventory didn’t regularly come on the market. This sales pace is with nearly every loan requiring very strict qualifying standards.

State Treasurer Jon Chiang wants your community to grow because not everyone who wants to live in it can afford it. There will always be people who can’t afford to live wherever they want. I would love to live in Montecito, so should Sacramento make that affordable for me, for everyone else in the state, or in the country? The state is not one median house price. It has expensive areas and cheap neighborhoods, many a relatively short commute between. In Santa Barbara county the median price on the south coast is $1,200,000 for a single family home. Less than an hour away in Lompoc the median single-family home sales price is $310,000 and two bedroom apartments that rent for $1,950 a month in Santa Barbara go for $1,050 in Lompoc. But of course, there are still people who can’t afford even that. Though renters tend to stay in a residence for a median of 4 years, but up to 40% move in less than a year and they can leave for more affordable digs with just a 30-day notice.

So, maybe California isn’t for everyone? But should it be? Should we have everyone in the United States living here? Maybe there are better opportunities in other parts of our great country for those who find us too expensive? According to Bloomberg median price for starter homes in Atlanta, GA is $87,000; St. Louis, MO $65,000; and Detroit, MI $33,075. Many homes can be had for less! Employment is even more plentiful than in California with the unemployment rates for these cities averaging 5.3%. My best friend from Dos Pueblos High School in Goleta moved his wife, who grew up in Ventura, and their two children, to Colorado Springs for a more affordable home purchase. A close friend from Goleta Valley Junior High moved to Dallas and found a wife, job, and homeownership. One of my brothers, who grew up Santa Barbara, is very happy with his family in Denver, owning a $450,000 home that would cost at least $1,300,000 in Santa Barbara.

If you don’t build them they won’t come, and the ones who can’t afford to live here will move to less expensive communities. Let’s not spoil the good state we have to make Sacramento and developers happy.

By Edward Muller | The ECSB