In 1923, a young Jewish immigrant from a small town in modern-day Ukraine founded a candy company in Brooklyn, New York that he called “Just Born”.

His name was Samuel Bernstein. And if you enjoy chocolate sprinkles or the hard, chocolate coating around ice cream bars, you can thank Bernstein– he invented them.

Nearly 100 years later, the company is still a family-owned business, producing some well-known brands like Peeps and Hot Tamales. 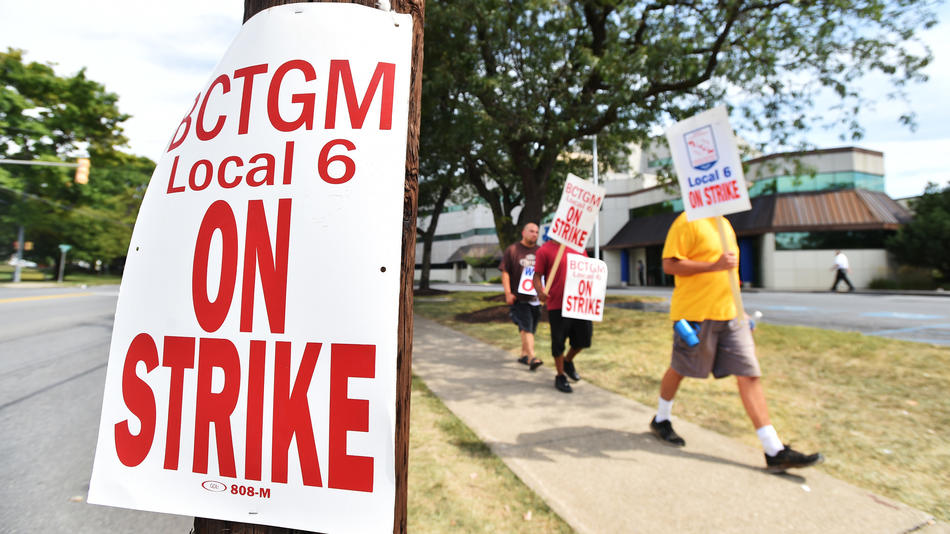 But business conditions in the Land of the Free have changed quite dramatically since Samuel Bernstein founded the company in 1923.

The costs to manufacture in the United States are substantial. And business regulations can be outright debilitating.

One of the major challenges facing Just Born these days is its gargantuan, underfunded pension fund.

Like a lot of large businesses, Just Born contributes to a pension fund that pays retirement benefits to its employees.

And in 2015, Just Born’s pension fund was deemed to be in “critical status”, prompting management to negotiate a solution with the employee union.

The union simply demanded that Just Born plug the funding gap, as if the company could merely write a check and make the problem go away.

Management pushed back, explaining that the pension gap could bankrupt the company.

And as an alternative, the company proposed to keep all existing retirees and current employees in the old pension plan, while putting all new employees into a different retirement plan.

It seemed like a reasonable solution that would maintain all the benefits that had been promised to existing employees, while still fixing the company’s long-term financial problem.

But the union refused, and the case went to court.

Two weeks ago the judges ruled… and the union won. Just Born would have no choice but to maintain a pension plan that puts the company at serious risk.

It’s literally textbook insanity. The court (and the union) both want to continue the same pension plan and the same terms… but they expect different results.

It’s as if they think the entire situation will somehow magically fix itself.

Those of us living on Planet Earth can probably figure out what’s coming next.

In a few years the fund will be completely insolvent.

And this company, which employs hundreds upon hundreds of well-paid factory workers in the United States, will probably have to start manufacturing overseas in order to save costs.

Honestly it’s some kind of miracle that Just Born is still producing in the US. The owners could have relocated overseas years ago and pocketed tens of millions of dollars in labor and tax savings.

But they didn’t. You’d think the union would have acknowledged that, and tried to find a way to work WITH the company to benefit everyone in the long-term.

Yet thanks to their idiotic union, these workers are stuck with an insolvent pension fund and zero job security.

In other words, it’s not Just Born’s pension fund. They don’t own it. They don’t manage it. And they’re just one of the several large companies (typically within the candy industry) who contribute to it.

So this raises an important question: WHO manages the pension fund?

Why… the UNION, of course.

The multi-employer pension fund that Just Born contributes to is called the Bakery and Confectionery Union and Industry International Pension Fund.

This is a UNION pension fund. It was founded by the Union. And the President of the Union even serves as chairman of the fund.

This is truly incredible.

So basically the union mismanaged its own pension fund, and then legally forced the company into an unsustainable financial position that could cost all the employees their jobs. It’s genius!

Just Born, of course, is just one of countless other businesses that faces a looming pension shortfall.

General Electric has a pension fund that’s underfunded by a whopping $31 billion.

Bloomberg reported last summer that the biggest corporations in the United States collectively have a $382 billion pension shortfall.

Not to worry, though. The federal government long ago set up an agency called the Pension Benefit Guarantee Corporation to bail out insolvent pension funds.

(It’s sort of like an FDIC for pension funds.)

Problem is– the Pension Benefit Guarantee Corporation is itself insolvent and in need of a bailout.

According to the PBGC’s own financial statements, they have a “net financial position” of MINUS $75 billion, and they lost $1.3 billion last year alone.

The federal government isn’t really in a position to help; according to the Treasury Department’s financial statements, Social Security and Medicare have a combined shortfall exceeding $40 TRILLION.

And public pension funds across the 50 states have an estimated combined shortfall of $1.4 TRILLION, according to a 2016 report by the Pew Charitable Trusts.

It doesn’t take a rocket scientist to see what’s coming.

Solvent, well-funded pensions and state/national retirement programs are as rare as mythical unicorns.

Nearly all of them have terminal problems and will likely become insolvent (if they’re not already).

The unions are driving their own pensions into the ground; and the government has ZERO bandwidth to bail anyone out, least of all itself.

So if you’re still more than two decades out from retirement, you can forget about any of these programs being there for you as advertised.