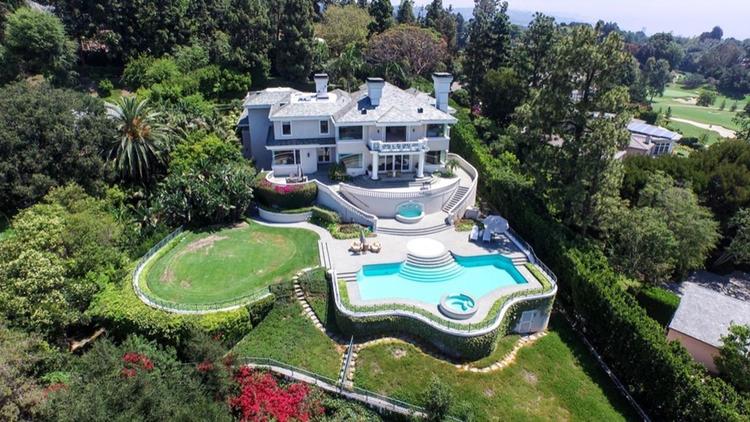 A cooling market for the most expensive homes is costing hotel and casino magnate Steve Wynn some money.

Two years ago, Wynn paid $16.25 million for an 11,000-square-foot mansion perched on nearly an acre above the Bel-Air Country Club. Less than a year later, he sought to unload the home with a paneled library and staff bedroom for $20 million.

In May, Wynn dropped his price to $15.95 million, $300,000 less than what he paid for the property in 2014. The home went into escrow “very close” to that price last month, said Coldwell Banker agent Mary Swanson, who confirmed Wynn would be taking a loss.

It’s not just Wynn who isn’t getting as much money as he hoped.

Even before Britain’s vote last week to leave the European Union jolted investors worldwide, there were reports of a slowdown in the ultra-luxury housing market.

In Los Angeles, agents were seeing more price cuts. Condo sales on New York’s Billionaires’ Row were slowing. Luxury developers shelved projects in Miami. And prices at the tip-top end of the London market were on their way down.

Blame it on the global economy, which has displayed weakness in the past year, choking off the spigot of international millionaires and billionaires seeking a pied-à-terre, or two, in glamorous locales.

So far, in Los Angeles, Wynn’s experience aside, the effect has been minimal, given the nature of Southern California ultra-luxury development – which largely consists of one dramatic hillside estate at a time, rather than a condo tower with multiple units.

But a spate of new construction is on the horizon. By one estimate, there are about 30 new hillside homes priced above $30 million that could hit the market in the next year and a half.

The so-called Brexit vote may not help matters.  It has sown economic uncertainty on a global scale and caused the dollar to strengthen against major currencies – potentially leading international buyers to trim their purchases in the United States.

“The price of real estate here in California and the U.S. has gotten more expensive,” said Jordan Levine, an economist with the California Assn. of Realtors.

In Manhattan, the slowdown has taken a sharp toll. The number of previously owned homes that sold in the first quarter for $10 million or more fell 40% from a year earlier to 15, according to appraisal firm Miller Samuel.

One builder, Extell Development Co., trimmed $162 million in projected revenue from its One57 condo-and-hotel project, a 1,000-foot tower on Manhattan’s 57th Street originally slated to bring in $2.73 billion, according to a March regulatory filing.

It features more than 90 units, with several reportedly selling for more than $40 million and one bought by an investment group for about $90 million.

“More has been constructed in New York,” said Stephen Kotler, chief revenue officer of real estate brokerage Douglas Elliman. “You have some sellers [in Los Angeles] getting more realistic, but in New York you are seeing more.”

In Los Angeles County, by comparison, $10-million plus sales ticked up by one to 17 in the first quarter compared with a year earlier, according to the California Assn. of Realtors, whose data largely covers resale transactions.

But over a longer timeline, it appears the market has begun to stall. The number of sales of $10 million or more in L.A. County has dipped in three of the last five quarters for which data is available, even as inventory has steadily grown, according to the Realtors group.

And, brokers say, the slowdown is more pronounced the higher the price.

As of mid-June, nine homes in the county had sold this year for $20 million or more, compared with 18 during the same period last year, according to Loren Goldman a vice president with First American Title Co.

Michael Nourmand, president of L.A. luxury brokerage Nourmand & Associates Realtors, said the slowdown will probably bleed into the rest of the market eventually, but that’s not likely to happen “any time soon.”

Like elsewhere, local agents put much of the blame on a pullback by international buyers who had flooded Los Angeles in recent years. Turmoil in their economies, along with a strong dollar, have many from Russia, the Middle East and China second-guessing a purchase here.

Nourmand has seen that first-hand.

A client from the Middle East recently hoped to pull the trigger on a nearly $40-million estate in Bel Air – one set behind gates with a driveway that took “one to two minutes” to walk from street to front door.

But the buyer got cold feet in February and backed out, Nourmand said, explaining that her family’s businesses had taken a beating along with the price of oil, which plunged last year.

“You have a shrinking buyer pool for the really expensive stuff,” he said. 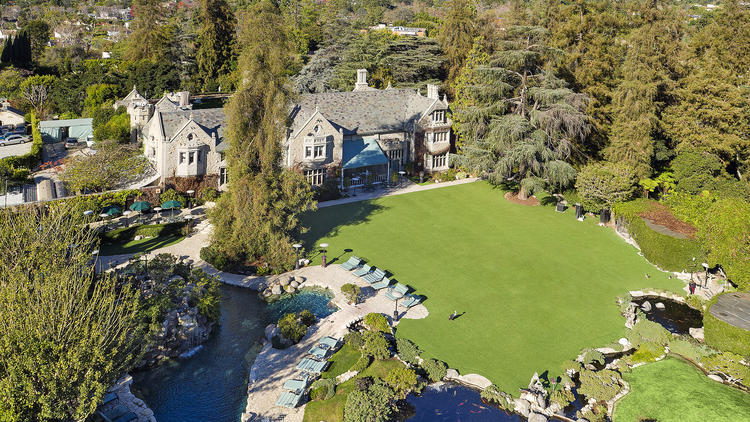 Daren Metropoulos plans to reconnect the Playboy Mansion, above, to his estate next door, creating a 7.3-acre compound. (Jim Bartsch)

Unlike other brokers, Adam Rosenfeld, founding partner of brokerage Mercer Vine, said he thinks the market is still strong and pointed to some recent mega-deals that went into escrow, including the Playboy Mansion, which is being purchased by the son of a billionaire food magnate for $105 million – a record for L.A. County.

(Though that’s half the asking price of $200 million, agents who know the market say they didn’t expect the mansion to sell for that astronomical, headline-grabbing figure.)

But even Rosenfeld said it was unclear how well the upcoming flood of high-end homes will sell.

“There are only so many buyers that can afford a $30-million plus house,” he said. “The [developers] that do them the best probably will make a killing. Guys who don’t … some of those people might lose their shirts.”

Levine, of the Realtors association, said that one dynamic has yet to play out – whether the strong dollar deters international investors from entering the U.S. real estate market, or as their own home country currencies weaken, they come to increasingly view it as a haven.

“It’s not necessarily clear which one of those two is going to win out,” he said.