A bank in Denmark is offering borrowers mortgages at a negative interest rate, effectively paying its customers to borrow money for a house purchase. 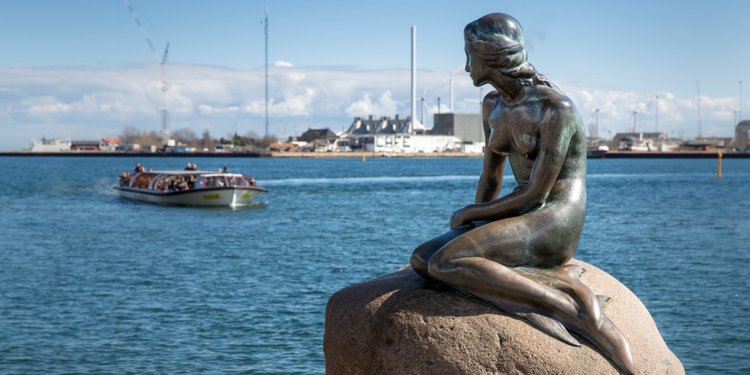 Jyske Bank, Denmark’s third-largest bank, said this week that customers would now be able to take out a 10-year fixed-rate mortgage with an interest rate of -0.5%, meaning customers will pay back less than the amount they borrowed.

It should be noted that even with a negative interest rate, banks often charge fees linked to the borrowing, which means homeowners could still pay back more.

“It’s another chapter in the history of the mortgage,” the Jyske Bank housing economist Mikkel Høegh told Danish TV, according to the news website Copenhagen Post. “A few months ago, we would have said that this would not be possible, but we have been surprised time and time again, and this opens up a new opportunity for homeowners.”

Jyske Bank’s negative rate is the latest in a series of extremely low interest offers from banks to Danish homeowners.

According to The Local, Nordea Bank, Scandinavia’s biggest lender, said it would offer a 20-year fixed-rate mortgage with 0% interest. Bloomberg reported that some Danish lenders were offering 30-year mortgages at a 0.5% rate.

It should also be noted that negative rates have been available on short-term mortgage bonds in Denmark since May, according to Bloomberg; they have only just been made directly available to consumers.

It may seem counterintuitive for banks to lend out their money at such low rates — but there is a rationale behind it.

Financial markets are in a volatile, uncertain spot right now. Factors include the US-China trade war, Brexit, and a generalized economic slowdown across the world — and particularly in Europe.

Many investors fear a substantial crash in the near future. As such, some banks are willing to lend money at negative rates, accepting a small loss rather than risking a bigger loss by lending money at higher rates that customers cannot meet.

“It’s an uncomfortable thought that there are investors who are willing to lend money for 30 years and get just 0.5% in return,” Bergmann said.

“It shows how scared investors are of the current situation in the financial markets, and that they expect it to take a very long time before things improve.”

Source: by Will Martin | Business Insider

This doesn’t mean borrowers are being paid to take mortgages.

Jyske Bank appears to describe in the attached press release that they add a 1% “variable contribution rate” + fees to a -0.5 negative “bond rate”, resulting in borrowers qualifying to pay a positive amortized rate over a maximum 10 year period, plus taxes and insurance, to 80% loan to value at closing.

Most home buyers are unable to qualify for a ten year mortgage with 20% down. This means the program is being targeted to existing equity rich homeowners interested in cash out mortgages.

4 thoughts on “Negative Rate Home Mortgages Rolled Out In Denmark”