(Bryan Jung) Commodities prices could rise by 40 percent and will likely continue to go higher, according to a note from JPMorgan Chase from April 7, as raw materials hit a record high last month following Western sanctions on Russia due to its invasion of Ukraine. 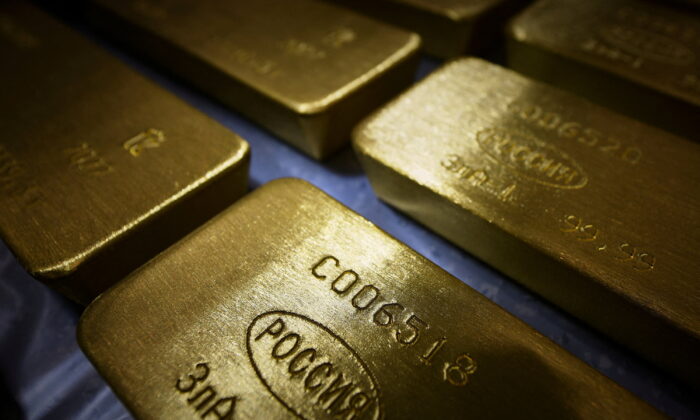 The commodities affected include oil, which is already up 33 percent from the same month the previous year, while natural gas has gone up by 65 percent since the invasion roiled the markets.

Metals excluding gold, such as copper, are up by 7 percent from 2021, while wheat has surged upward by 33 percent.

The bank said it was reviewing the long-term positioning in commodities by global investors, and compared that to allocations in cash, stocks, and bonds.

“In dollar terms, the total open interest of commodity futures ex gold stands at around $1.4 trillion, which, although high by historical standards, looks much lower compared to the stock of equities, bonds, and cash in the world,” said the bank.

JPMorgan said that while investors’ implied commodity allocation of 0.72 percent is higher than the average seen after the Lehman Brothers crash, it is still well below the record highs of 2008 and 2011.

“In the current juncture, where the need for inflation hedges is more elevated, it is conceivable to see longer-term commodity allocations eventually rising above 1 percent of total financial assets globally, surpassing the previous highs seen during 2008 or 2011,” said the JPMorgan note.

Commodities in those categories could see another 30 to 40 percent upside from current levels, according to the bank’s experts, who said that while investors have increased their allocation to commodity assets over the past year above historical averages, they have plenty of room to over weigh them in their portfolios.

The current numbers suggest further scope for gains in raw materials, according to the note, as commodities are far into record territory and that there is “room for further increases in investors’ allocation to commodities,” in a period of rising inflation, according to the bank.

The spike in commodities is being fueled by increased demand from consumers who are spending more in a post-pandemic world, but the Western sanctions on Russia have worsened the global supply of those resources.

Already high inflation rates are being worsened by the conflict, spurring tougher measures from the Federal Reserve this year and prompting investors to assess reshuffling the weighting of assets between stocks, bonds, and raw materials in their portfolios.

What does that mean for purchasing power of dollars for finished goods after stacking supply chain profit and tax markups required to deliver?

NATO To Engage In Asia-Pacifc To Counter China