Emerging markets sold off anew Tuesday as South Africa entered a recession and Indonesia’s rupiah joined currencies from Turkey to Argentina in tumbling toward record lows, reinforcing concern that contagion risks are too big to ignore.

MSCI Inc.’s index of currencies dropped for a fifth time in six days, set for the lowest close in more than a year. The rand led global declines as data showed the economy fell into a recession last quarter. Turkey’s lira slid on worry the central bank will disappoint investors at its rate meeting next week, while the Argentine peso slumped to a record and Indonesian rupiah sank to the lowest in two decades even after the central bank intensified its fight to protect it.

The dollar extended its advance to a fourth day as Donald Trump threatened to ramp up a trade dispute with China with an announcement of tariffs on as much as $200 billion in additional Chinese products as soon as Thursday. As U.S. rates rise, investor fears over idiosyncratic risks in emerging markets have climbed, including Argentina’s fiscal woes, Turkey’s twin deficits, Brazil’s contentious elections and South Africa’s land-reform bill.

Meantime, the dollar is winning by default, according to Kit Juckes, a global strategist at Societe Generale SA.

Here’s what other analysts are saying about the latest in emerging markets:

Michael Every, head of Asia financial markets research at Rabobank in Hong Kong:

More Emerging Market Chaos – How Long Before It Spreads To The Developed World? 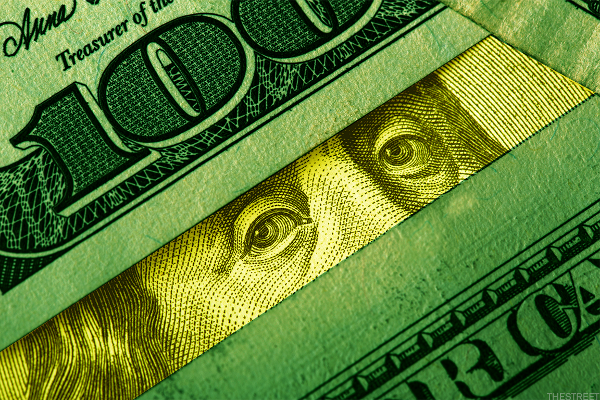 Emerging market stocks extended their declines Friday as investors continue to pull cash from some of the world’s biggest developing economies amid concerns that the greenback’s recent rally will pressure the cost of servicing some of the $3.7 trillion in debt taken on in the ten years since the global financial crisis.

Argentina has been at the forefront of the recent emerging market pullback this week, with the peso suffering its biggest single-day slump in three years — including a fifth of its value yesterday — before the central bank stepped in with a move to lift interest rates to an eye-watering 60% amid concerns that President Mauricio Macri’s efforts to cut spending and stave off a looming recession in South America’s third largest economy will ignite social unrest that could toppled his government.

“We have agreed with the International Monetary Fund to advance all the necessary funds to guarantee compliance with the financial program next year,” Macri said Wednesday in reference to a $50 billion support plan in the works. “This decision aims to eliminate any uncertainty. Over the last week we have seen new expressions of lack of confidence in the markets, specifically over our financing capacity in 2019.”

Those moves shadow a similar concern for the Turkish Lira, which resumed its slide against the dollar Thursday following a warning from Moody’s Investors Service earlier this week as the ratings agency downgraded its outlook on 20 domestic banks owning to the country’s slowing growth and their exposure to dollar-denominated debts.

The Turkish lira recovered from yesterday’s decline, but was still marked at 6.57 against the dollar, near to the weakest since the peak of its currency crisis in early August. Larger emerging market economy currencies were on the ropes Thursday, with the Indian rupee hitting a lifetime low of 70.68 against the dollar this week and falling 3.6% this month, the biggest decline since August 2015, while the Russian ruble bounced back from a two-year low to trade at 68.06.

The sell-off has also affected emerging market stocks, which continue to lag their advanced counterparts, with most major EM benchmarks either in or near so-called ‘bear market’ territory, which defines a market that has fallen 20% from its recent peak.

The US Dollar Is (Still) A Key Factor For Emerging Market Returns https://t.co/Ij0a2Fherd pic.twitter.com/AkUGdXP9Qv

The benchmark MSCI International Emerging Markets index, for example, is down 0.4% today and more than 3% this month alone, extending its decline from the high it reached on January 29 to nearly 17%, while Reuters data notes that 20 out of 23 emerging market benchmarks are trading below their 200-day moving average, a technical condition that investors use as a signal for further selling.

Each of the three major emerging market ETFs, which collectively hold around $143 billion in assets — Vanguard’s FTSE EM (VWO – Get Report) , and iShares’ Core MSCI EM (IEMG – Get Report) and MSCI EM (EEM – Get Report)  — have seen net asset values fall by an average of 15.3% since their January 26 peak.

The Bank for International Settlements, often described as the ‘central bank for central bank’s, estimates that emerging market countries are sitting on $3.7 trillion in dollar-denominated debt, all of which must be serviced in increasingly expensive greenbacks.

Like fever is not the illness, currency rout is just a symptom of larger fiscal and commercial imbalances. pic.twitter.com/XTGeXFMfIg

And while the dollar index is sitting at a four-week low of 94.60, it has risen more than 5% since the start of the second quarter and is expected to add further gains as the Federal Reserve signals future rate hikes amid a surging domestic economy, which grew 4.2% last quarter and is on pace for a similar advance in the three months ending in September, according to the Atlanta Fed’s GDPNow estimate.

“We look for the dollar to stay bid particularly against the emerging market FX segment where a meaningful decline in risky currencies is spilling over into the wider risk sentiment,” said ING’s Petr Krpata. “

Debt service costs aren’t the only concern, however, as many emerging market economies rely on the export of basic resources, such as oil and gas and other commodities, to fuel their growth.

With China’s economy showing persistent signs of a second half slowdown amid its ongoing trade dispute with the United States, many of those countries are seeing slowing demand, which is pressuring dollar-denominated revenues at exactly the time their needed to both support the value of their currencies in foreign exchange markets and make timely payments on the estimated $700 billion worth of debt that is set to mature over the next two years.