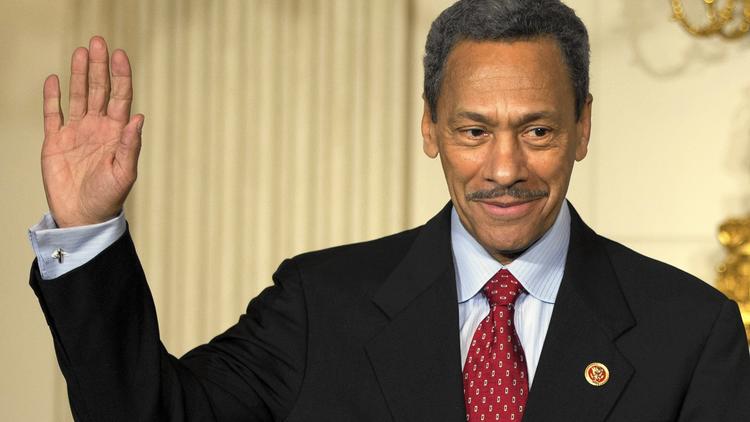 Melvin Watt, director of the Federal Housing Finance Agency, outlined ways in which his agency would clarify actions it takes against bankers on loans that go bad. (Jacquelyn Martin / Associated Press).

Hoping to boost mortgage approvals for more borrowers, the federal regulator of Fannie Mae and Freddie Mac told lenders that the home financing giants would ease up on demands that banks buy back loans that go delinquent.

Addressing a lending conference here Monday, Melvin Watt, director of the Federal Housing Finance Agency, outlined ways in which his agency would clarify actions it takes against bankers on loans that go bad after being sold to Freddie and Fannie.

The agency’s idea is to foster an environment in which lenders would fund mortgages to a wider group of borrowers, particularly first-time home buyers and those without conventional pay records.

To date, though, the agency’s demands that lenders repurchase bad loans made with shoddy underwriting standards have resulted in bankers imposing tougher criteria on borrowers than Fannie and Freddie require.

A lot of good loans don’t get done because of silly regulations that are not necessary. – Jeff Lazerson, a mortgage broker from Orange County

Those so-called overlays in lending standards, in turn, have contributed to sluggish home sales, a drag on the economic recovery and lower profits on mortgages as banks reduced sales to Fannie and Freddie and focused mainly on borrowers with excellent credit.

Watt acknowledged to the Mortgage Bankers Assn. audience that his agency in the past “did not provide enough clarity to enable lenders to understand when Fannie Mae or Freddie Mac would exercise their remedy to require repurchase of a loan.”

Going forward, Watt said, Fannie and Freddie would not force repurchases of mortgages found to have minor flaws if the borrowers have near-perfect payment histories for 36 months.

He also said flaws in reporting borrowers’ finances, debt loads and down payments would not trigger buy-back demands so long as the borrowers would have qualified for loans had the information been reported accurately.  And he said that the agency would release guidelines “in the coming weeks” to allow increased lending to borrowers with down payments as low as 3% by considering “compensating factors.”

Others at the convention, however, said Watt’s speech lacked specifics and did little to reassure mortgage lenders that the nation’s housing market would soon be back on track.

“They’ve been teasing us, hinting that things were going to get better, but nothing new came out,” Lazerson said. “A lot of good loans don’t get done because of silly regulations that are not necessary.”

Philip Stein, a lawyer from Miami who represents regional banks and mortgage companies in loan repurchase cases, said the situation was far from returning to a “responsible state of normalcy,” as Watt described it.

“When the government talked of modifications in the process, I thought, ‘Oh, this could be good,'” Stein said. “But I don’t feel good about what I heard today.”

Despite overall improvements in the economy and interest rates still near historic lows, the number of home sales is on pace to fall this year for the first time since 2010 as would-be buyers struggle with higher prices and tight lending conditions

Once-torrid price gains have cooled, too, as demand has subsided. The nation’s home ownership rate is at a 19-year low.

First-time buyers, in particular, have stayed on the sidelines. Surveys by the National Assn. of Realtors have found first-time owners making up a significantly smaller share of the housing market than the 40% they typically do.

There are reasons for this, economists said, including record-high student debt levels, young adults delaying marriage, and the still-soft job market. But many experts agree that higher down-payment requirements and tougher lending restrictions are playing a role.

Stuart Gabriel, director of the Ziman Center for Real Estate at UCLA, said he’s of a “mixed mind” about the changes.

On one hand, Gabriel said, tight underwriting rules are clearly making it harder for many would-be buyers to get a loan, perhaps harder than it should be.

“If they loosen the rules a bit, they’ll see more qualified applicants and more applicants getting into mortgages,” he said. “That would be a good thing.”

But, he said, a down payment of just 3% doesn’t leave borrowers with much of a cushion. If prices fall, he said, it risks a repeat of what happened before the downturn.

“We saw that down payments at that level were inadequate to withstand even a minor storm in the housing market,” he said. “It lets borrowers have very little skin in the game, and it becomes easy for those borrowers to walk away.”

Selma Hepp, senior economist at the California Assn. of Realtors, said lenders will welcome clarification of the rules over repurchase demands.

But in a market in which many buyers struggle to afford a house even if they can get a mortgage, she wasn’t sure the changes would have much effect on sales.

“We’re still unclear if we’re having a demand issue or a supply issue here,” said Hepp, whose group recently said it expects home sales to fall in California this year. “It may not have an immediate effect. But in the long term, I think it’s very positive news.”

Watt’s agency has recovered billions of dollars from banks that misrepresented borrowers’ finances and home values when they sold loans during the housing boom. The settlements have helped stabilize Fannie and Freddie, which were taken over by the government in 2008, and led many bankers to clamp down on new loans.

Fannie and Freddie buy bundles of home loans from lenders and sell securities backed by the mortgages, guaranteeing payment to investors if the borrowers default.