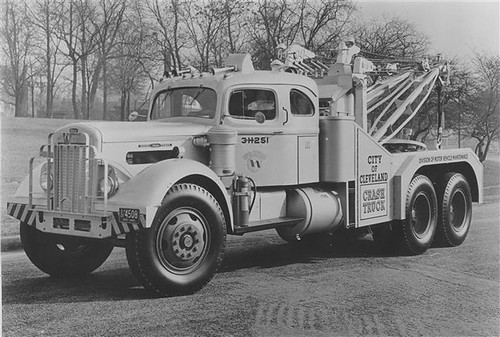 Now, as during World War II and up to 1951, the US Federal Reserve practiced what is now called quantitative easing (QE). Then, as now, nominal interest rates were low and the real ones negative: The Fed’s policy did not so much induce investments as it allowed the government to accumulate debts, and prevent default.

Marriner Eccles, the Fed chairman during the 1940s, stated explicitly that “we agreed with the Treasury at the time of the war [that the low rates were] the basis upon which the Federal Reserve would assure the Government financing” – the Fed thus carrying out fiscal policy. Real wages stagnated then as now, and global savings poured into the US.

With the centrally controlled war economy, there was no sacrifice buying Treasuries. Extensive price controls, whose administration was gradually dismantled after 1948 only, did not induce investments. Citizens backed this war, and consumer oriented production was not a priority. Black markets thrived, and the real inflation was significantly higher than the official one computed from the controlled prices.

Still, even the official cumulative rate of inflation was 70% between 1940-7. Yet interest rates during those years hovered around 0.5% for three-months Treasuries and 2.5% for the 30-year ones – similar to today’s.

When the Allies won the War, there were many unknowns, among them the future of Europe, Russia, Asia, and there was much uncertainty about domestic policies in the US too: how fast the US’s centralized “war economy” would be dismantled being one of them. As noted, the dismantling started in 1948, but the Fed gained independence and ceased carrying out fiscal policy in 1951 only.

Mark Twain said history rhymes but does not repeat itself. Though now the West is not fighting wars on the scale of World War II, there is uncertainty again in Southeast Asia and the Middle East, in Europe, in Russia and in Latin America. Savings continue to pour in the US, into Treasuries in particular, much criticism of US fiscal and monetary policies notwithstanding.

In the land of the blind, the one-eyed person – the US – committing fewer mistakes and expected to correct them faster than other countries, can still do reasonably. And although domestically, the US is not as much subject to wage and price controls as it was during and after World War II, large sectors, such as education and health, among others, are subject to direct and indirect controls by an ever more complex bureaucracy, the regulatory and fiscal environment, both domestic and international is uncertain, whether linked to climate, corporate taxes, what differential tax rates would be labeled “state aid”, and others.

Many societies are in the midst of unprecedented experiments, with no model of society being perceived as clearly worth emulation.

In such uncertain worlds, the best thing investors can do is be prepared for mobility – be nimble and able to become “liquid” on moments’ notice. This means investing in deeper bond and stock markets, but even in them for shorter periods of time – “renting” them, rather than buying into the businesses underlying them, and less so in immobile assets. Among the consequence of such actions are low velocity of money (with less confidence, money flows more slowly) and less capital spending, in “immobile assets” in particular.

As to in- and outflows to gold, its price fluctuations post-crisis suggest that its main feature is being a global reserve currency, a substitute to the dollar. As the euro’s and the yen’s credibility to be reserve currencies first weakened since 2008, and the yuan, a communist party-ruled country’s currency is not fit to play such role, by 2011 the dollar’s dominant status as reserve currency even strengthened.

First the price of gold rose steadily from US$600 per ounce in 2005 to $1,900 in 2011, dropping to $1,200 these days. And much sound and fury notwithstanding, the exchange rate between the dollar, euro and yen are now exactly where they were in 2005, with the price of an ounce of gold doubling since.

The stagnant real wages in Main Street’s immobile sectors are consistent with the rising stock prices and low interest rates. Not only are investors less willing to deploy capital in relatively illiquid assets, but also that critical mass of talented people, I often call the “vital few”, has been moving toward the occupations of the “mobile” sector, such as technology, finance and media.

Such moves put caps on wages within the immobile sectors. Just as “stars” quitting a talented team in sports lower the compensation of teammates left behind, so is the case when “stars” in business or technology make their moves away from the “immobile” sectors. Add to these the impact due to heightened competition of tens of millions of “ordinary talents” from around the world, and the stagnant wages in the US’s immobile sectors are not surprising.

This is one respect in which our world differs from the one of post-World War II, when talent poured into the US’s “immobile” sectors, freed from the constraints of the war economy. It differs too in terms of rising inequality of wealth. The Western populations were young then, hungry to restore normalcy, and able to do that in the dozen Western countries only, the rest of the world having closed behind dictatorial curtains.

This is not the case now: the West’s aging boomers and its poorer segments saw the evaporation of equities in homes and increased uncertainty about their pensions in 2008. They went into capital preservation mode with Treasuries, not stocks. At the age of 50-55 and above, people cannot risk their capital, as they do not have time and opportunities to recoup.

However, those for whom losing more would not significantly alter their standards of living did put the money back in stock markets after the crisis. As markets recovered after 2008, wealth disparities increased. This did not happen after World War II; even though stock markets did well, they were in their infancy then. Even in 1952, only 6.5 million Americans owned common stock (about 4% of the US population then). The hoarding during the war did not find its outlet after its end in stock markets, as happened since 2008 for the relatively well to do.

The parallels in terms of monetary and fiscal policies between World War II and today, and the non-parallels in terms of demography and global trade, shed light on the major trends since the crisis: there are no “conundrums.” This does not mean that solutions are straightforward or can be done unilaterally. The post -World War II world needed Bretton-Woods, and today agreement to stabilize currencies is needed too.

This has not been done. Instead central banks have improvised, though there is no proof that central banks can do well much more than keep an eye on stable prices. The recent improvised venturing into undefined “financial stability”, undefined “cooperation” and “coordination”, and the Fed carrying out, as during World War II, fiscal rather than monetary policy, add to fiscal, regulatory and foreign policy uncertainties, all punish long-term investments and drive money into liquid ones, and society becoming a “rental”, one, with shortened horizons.

Jumps in stock prices with each announcement that the Fed will continue with its present policies and favor devaluation (as Stan Fisher, vice chairman of the Fed just advocated) – does not suggest that things are on the right track, but quite the opposite, that the Fed has not solved any problem, and neither has Washington dealt with fundamentals. Instead, with devaluations, they have avoided domestic fiscal and regulatory adjustments – and hope for the resulting increased exports, that is, relying on other countries making policy adjustments.

Reuven Brenner holds the Repap Chair at McGill University’s Desautels Faculty of Management. The article draws on his Force of Finance (2002).