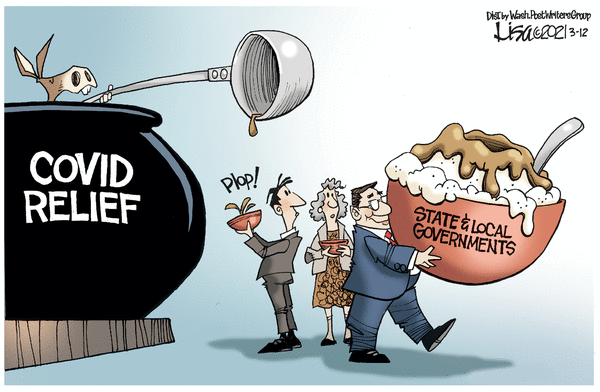 (Birch Gold) Both private and public pensions have been having major funding issues and struggling to get a good ROI for a number of years.

So it’s no surprise that any sort of economic relief package presented to Congress would include funds for pensions. Especially since a “bailout” culture seems to have taken root in America. 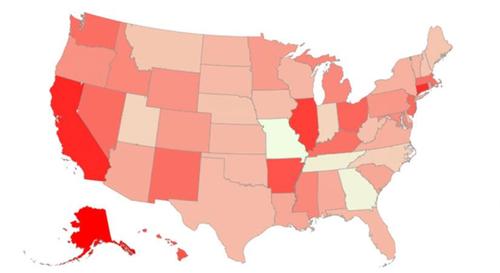 Where pension debt is a looming danger to taxpayers, via Texas Public Policy Foundation

The recent $1.9 trillion COVID-19 stimulus bill approved by the House is no exception to this “bailout culture.”

The New York Times reported that it contains $86 billion for struggling pensions:

The $86 billion is a taxpayer bailout for about 185 union pension plans that are so close to collapse that without the rescue, more than a million retired truck drivers, retail clerks, builders and others could be forced to forgo retirement income.

The article continued: “The trend predated the pandemic and is a result of fading unions, serial bankruptcies and the misplaced hope that investment income would foot most of the bill so that employers and workers wouldn’t have to.”

Leaving aside the fact that “hope” is shaky ground to base any economic decision on, this appears as another signal that pensions are going the way of the dodo bird.

🔉There’s more money in this to bailout union pension funds, than all the money combined for vaccine distribution and testing.💰#BlueStateBailouts pic.twitter.com/YeE4N55TIU

“Just to show you how bad this bill is, there’s more money in this to bail out union pension funds than all the money combined for vaccine distribution and testing,” Senator Bill Hagerty tweeted last week.

The idea to bail out pension funds isn’t exactly new, although it’s still quite recent. We reported on the state of Illinois and their request for a $44 billion handout from taxpayers in April 2020.

An article on KOMO News defended the taxpayer funded handouts:

“The pension provision in the American Rescue Plan would fund full benefits for about 185 union pension plans for 30 years, affecting roughly 1.3 million retirees who could otherwise be left without income if their plans collapse.”

“This is just naked redistribution for the constituents of Democratic politicians.” 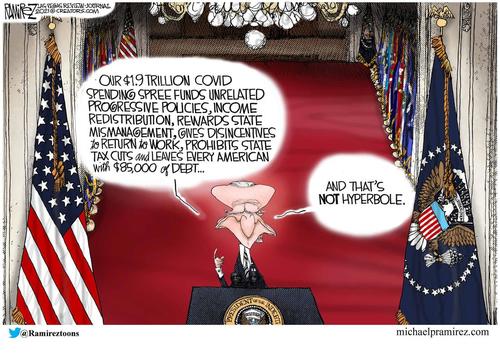 But no matter how you look at it, two things are clear. More and more pensions lack the funds needed to pay their obligations, and taxpayers are footing the bill.

Is This The End of American Pensions?

James Naughton, associate professor at the University of Virginia’s Darden School of Business said (referring to failing pensions): “This is a problem that’s been around for at least 15 years.”

A piece on CNBC put a spotlight on one example:

124 multi-employer pensions are in “critical and declining” status, according to the Pension Benefit Guaranty Corporation. They’re projected to have insufficient funds to pay full retirement benefits within the next 20 years.

PBGC, a government-sponsored entity that usually steps in to fill in the gaps, doesn’t seem like it’s up to the task any longer.

“Its likelihood of insolvency is ‘very high’ in 2026 and ‘near certainty’ by the end of 2027 due to additional pension failures,” according to its most recent projections.

So it appears that taxpayers will likely have to foot the bill for failing union pensions, thanks to a measure tucked carefully inside a pandemic relief package. Which begs the question…

What happens when the next group of pensions start to fail during these already challenging economic times?

Best to shore up your retirement affairs as best you can, so you can ride out the storm.

Like the 1.3 million retirees above, most retirement savers don’t have a “Plan B” to cover their bases if Social Security or pension payments get cut. If you don’t, you’re putting your retirement in the hands of politicians. We already know that plan may not work out so well. So do your best right now to make sure your retirement won’t need a bailout. Examine your plan, ensure you’ve adequately diversified your savings, and consider adding physical precious metals like gold and silver to guard your nest egg against inflation.