The policies of Joe Biden exclude an entire wave of young citizens from a critical component of the American Dream.

As America descends into oligarchy, conglomerates and their affiliated political stooges manipulate markets and public policy to centralize power and disenfranchise the historic drivers of social cohesion in America, especially vibrant churches, prosperous small businesses, and thriving families. Regarding families, a pillar of family formation and lasting generational strength in America long revolved around private property, the creation and sustenance of ownership over single-family housing.

END_OF_DOCUMENT_TOKEN_TO_BE_REPLACED

According to the Case-Shiller home price index, home prices are still growing at over 2x hourly earnings growth. And the growth rate is slowing.

And like the Cleveland Browns, Washington DC continues to lose in the home price derby, but at least DC is now tied with The Big Apple and Chicago for least place. Versus other developed nations, the United States is losing ground in terms of the rate of home ownership, new research finds.

Compared to 17 other first-world countries around the globe, the U.S. home ownership rate has fallen over time, an indicator that the American Dream is becoming less attainable, according to research published by the Urban Institute.

Among the 18 countries for which home ownership was considered, the U.S. ranked 10th in 1990 with a 63.9% home ownership rate compared with its ranking of 13th in 2015. Several European countries followed a similar shift, with Bulgaria, Ireland, and the United Kingdom seeing slides between 1990 and 2015; the proportion of homeowners also declined in Mexico over that span.

Thirteen of the countries saw increases in their rate of home ownership, including a 39.6% spike in the Czech Republic and a 29.6% gain in Sweden.

“While cross-country comparisons are difficult, the slip in US home ownership relative to the rest of the world, and the historically low home ownership rates for Americans ages 44 and younger, should motivate us to look at US housing policies,” the researchers wrote in a blog post on the research published by the Urban Institute.

Home ownership among the senior demographic has been touted within the reverse mortgage industry as a clear retirement windfall.

Yet even for those who choose not to tap into their home equity, the option to use the property rent-free once the mortgage is paid can play an important role in retirement savings, the researchers noted in discussing the amount of home equity currently held among seniors in European countries.

“A housing recovery that is highly dependent on real estate investors is a bit of a double-edged sword,” explained Daren Blomquist, senior VP at ATTOM Data Solutions. “Rapidly rising home values have been good for homeowner equity, but also have caused an affordability crunch for the first-time home buyers the housing market typically relies on for sustained, long-term growth.”

So the housing market is “starkly different than a decade ago,” said Alex Villacorta, VP of research and analytics at Clear Capital. “As such, it’s imperative for all market participants to understand the nuances of the New Normal Real Estate Market.”

They were both commenting on a joint white paper by ATTOM and Clear Capital, titled “Landlord Land,” that analyzes who is behind the US housing boom that drove home prices to new all-time highs, and in many markets far beyond the prior crazy bubble highs – even as homeownership has plunged and remains near its 50-year low.

First-time buyers are the crux to a healthy housing market, but they aren’t buying with enough enthusiasm. In 2012, buyers with FHA-insured mortgages – “who are typically first-time home buyers with a low down payment,” according to the report – accounted for 25% of all home purchases. In 2013, their share dropped to about 20%, in 2014 to 18%. Then hope began rising, briefly:

However, in January 2015, FHA lowered its insurance premium 50 basis points, and there was a modest resurgence in FHA buyers – a trend perhaps indicative of loosening credit requirements or of a desire to re-enter the housing market for those displaced during the crash.

With first-time buyers twiddling their thumbs, who then is buying? Who is driving this housing market?

Institutional investors? Defined as those that buy at least 10 properties a year, they include the largest buy-to-rent Wall Street landlords, some with over 40,000 single-family homes, who’ve “picked up the low-hanging fruit of distressed properties available at a discount between 2009 and 2013,” as the report put it. That was during the foreclosure crisis, when they bought these properties from banks.

In Q3, 2010, institutional investors bought 7% of all homes. In Q1 2013, their share reached 9.5%. As home prices soared, fewer foreclosures were taking place. By 2014, when home prices reached levels where the large-scale buy-to-rent scheme with its heavy expense structure wasn’t working so well anymore, these large buyers began to pull back. In 2016, the share of institutional investors dropped to just 2% of all home sales.

But as institutional investors stepped back, smaller investors jumped into the fray in large numbers, “willing to purchase in a wider variety of market landscapes and operate on thinner margins.”

To approximate total investor purchases of homes, the report looks at the share of purchases where the home is afterwards occupied by non-owner residents. In 2009, according to this metric, 28% of all home purchases were investor-owned properties. In 2010, it rose to 30%. In 2011, 32%. Then as big investors pulled out, it fell back to 30%. But by 2015, small investors arrived in large numbers, and by 2016, investor purchases jumped to 37%, an all-time high in the ATTOM data series going back 21 years.

The pie chart below shows the share of properties owned by investor size. Among investors in today’s housing market, small landlords that own one or two properties own in aggregate the largest slice of the rental housing pie – 79%:

However, Wall Street landlords are concentrated in just a few urban areas. For example, Invitation Homes, the 2012 buy-to-rent creature of private-equity firm Blackstone, which owns over 48,000 single-family homes and has nearly unlimited financial resources, including government guarantees on some of its debt, is concentrated in just 12 urban areas, where it has had an outsized impact.

Whereas small investors own properties across the entire country, in urban and rural areas, in cheap markets and ludicrously expensive markets. They own condos, detached houses, duplexes, and smaller multi-unit buildings.

So when the industry tells us about low inventories and strong demand in the housing market, it’s good to remember where a record 37% of that demand in 2016 came from: investors, most of them smaller investors. And when the financial equation no longer works for them, they’ll pull back, just like institutional investors have already done. 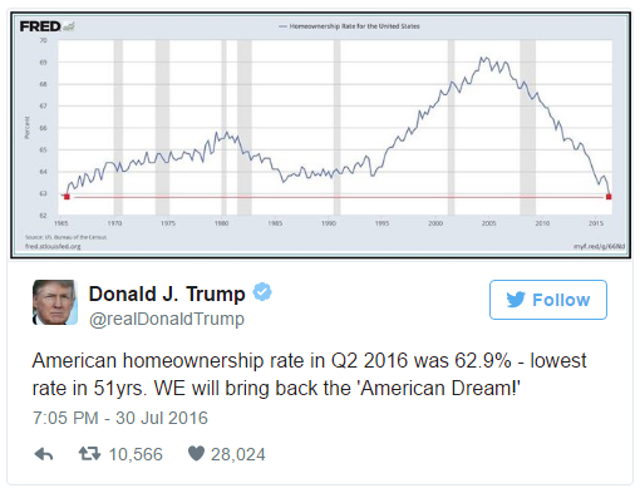 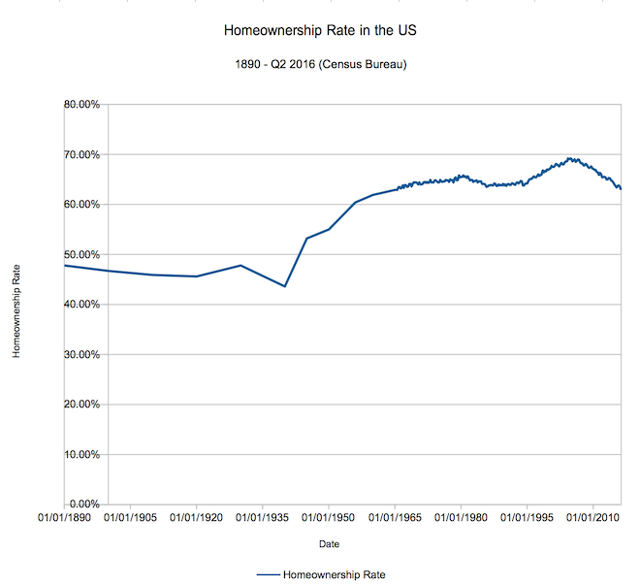