In perusing through OPEC’s recently released “World Oil Outlook,” several viewpoints are noteworthy. According to OPEC, demand grows mainly from developing countries and U.S. supply slows its run up after 2019. After 2019, OPEC begins to pick up the slack, supplying its products more readily. In OPEC’s view, Asia becomes a center of gravity given global population growth, up nearly 2 billion by 2040, and economic prosperity. The world economy grows by 260% versus that of 2013 on a purchasing power parity basis.

During the period 2013-2040, OPEC says oil demand is expected to increase by just over 21 million barrels per day (mb/d), reaching 111.1 mb/d by 2040. Developing countries alone will account for growth of 28 mb/d and demand in the OECD will fall by over 7 mb/d (p.1). On the supply side, “in the long-term, OPEC will supply the majority of the additional required barrels, with the OPEC liquids supply forecast increasing by over 13 mb/d in the Reference Case from 2020-2040,” they offer (p.1). OPEC shaved off 0.5 million barrels from their last year’s forecast to 2035. Asian oil demand accounts for 71% of the growth of oil demand.

In the period to 2019, this chart illustrates where the barrels will flow:

With regard to price, OPEC acknowledges that the marginal cost to supply barrels continues to be a factor in expectations in the medium and long term. This sentiment has been echoed by other E&P CEOs in various communiques this year. OPEC forecasts a nominal price of $110 to the end of this decade:

On this evidence, a similar price assumption is made for the OPEC Reference Basket (ORB) price in the Reference Case compared to that presented in the WOO 2013: a constant nominal price of $110/b is assumed for the rest of the decade, corresponding to a small decline in real values.

Real values are assumed to approach $100/b in 2013 prices by 2035, with a slight further increase to $102/b by 2040. Nominal prices reach $124/b by 2025 and $177/b by 2040. These values are not to be taken as targets, according to OPEC. They acknowledge the challenge of predicting the world economy as well as non-OPEC supply. The Energy Information Administration (EIA) forecast a price for Brent averaging over $101 in 2015 and West Texas Intermediate (WTI) of over $94 as of their October 7th forecast. (This will have likely changed as of November 12th after the steep declines of October are weighed into their equations.) WTI averaged around the $97 range for 2013 and 2014. Importantly, U.S. supply may ratchet down slightly (green broken line) in response to price declines, if they continue.

In 2013, OPEC says gasoline and diesel engines comprised 97% of the passenger cars total in 2013, and will hold 92% of the road in 2040. The diesel share for autos rises from 14% in 2013 to 21% in 2040. Basically, the number of cars buzzing on roads doubles from now to 2040. And 68% of the increase in cars comes from developing countries. China comprises the lion’s share of car volume growing by more than 470 million between 2011-2040, followed by India, then OPEC members will attribute 110 million new cars on the road. These increases assume levels similar to advanced economy (OECD) car volumes of the 1990s. In spite of efficiency and fuel economy, oil use per vehicle is expected to decline by 2.2%.

According to OPEC, U.S. and Canada supply increases through the period to 2019, the medium term. After 2017, they believe U.S. supply tempers from 1.2 million barrels of tight oil increases between 2013 and 2014 to 0.4 million in 2015, and less incremental increases thereafter. This acknowledges shale oil’s contribution to supply, with other supply sources declining, i.e., conventional and offshore.

However, the OPEC requirements are expected to ramp back up after 2019. By 2040, they expect to be supplying the world with 39 mb/d, a 9 million barrel/d increase from 2013. OPEC’s global share of crude oil supply is then 36%, above 2013 levels of about 30%. A select few firms like Pioneer Natural Resources (NYSE:PXD), Occidental Petroleum (NYSE:OXY), Chevron (NYSE:CVX) and even small-cap RSP Permian (NYSE:RSPP) are staying the course on shale oil production in the Permian for the present. After the first of the year, they will evaluate the price environment.

How does this outlook by OPEC inform the future? From the appearances in its forecasts, OPEC has slightly lower production in the medium term (to 2019), a decline of 1.3 million b/d in 2019 from the 2014 production of 30 million b/d. Thus, the main lever for an increase in prices for oil markets is for OPEC to restrict production, or encourage other members to keep to the current quota of 30 million b/d. Better economic indicators also could help. However, Saudi Arabia, the swing producer, has shown interest in maintaining its market share vis-à-vis the price cuts it has offered China, first, and then the U.S. more recently.

The global state of crude oil and liquids and prices has fundamentally changed with the addition of tight oil or shale oil, particularly from the U.S. While demand particulars have dominated the price regime recently, the upcoming decisions by OPEC at the late November meeting will have an influence on price expectations. In an environment of softer perceived demand now because of global economics and in the future because of non-OPEC supply, it would seem rational for OPEC to indicate some type of discipline among members’ production.

By Ron Bousso and Joshua Schneyer 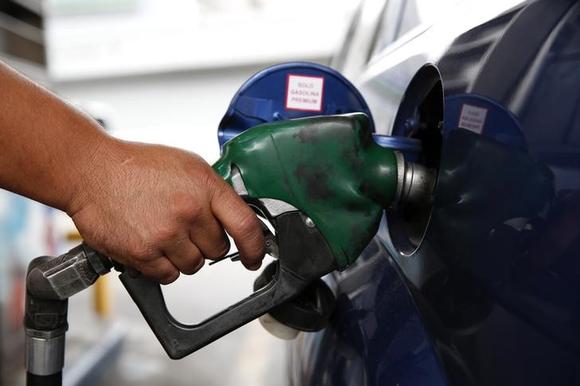 (Reuters) – Saudi Arabia is quietly telling oil market participants that Riyadh is comfortable with markedly lower oil prices for an extended period, a sharp shift in policy that may be aimed at slowing the expansion of rival producers including those in the U.S. shale patch.

Some OPEC members including Venezuela are clamoring for urgent production cuts to push global oil prices back up above $100 a barrel. But Saudi officials have telegraphed a different message in private meetings with oil market investors and analysts recently: the kingdom, OPEC’s largest producer, is ready to accept oil prices below $90 per barrel, and perhaps down to $80, for as long as a year or two, according to people who have been briefed on the recent conversations.

The discussions, some of which took place in New York over the past week, offer the clearest sign yet that the kingdom is setting aside its longstanding de facto strategy of holding prices at around $100 a barrel for Brent crude in favor of retaining market share in years to come.

The Saudis now appear to be betting that a period of lower prices – which could strain the finances of some members of the Organization of the Petroleum Exporting Countries – will be necessary to pave the way for higher revenue in the medium term, by curbing new investment and further increases in supply from places like the U.S. shale patch or ultra-deepwater, according to the sources, who declined to be identified due to the private nature of the discussions.

The conversations with Saudi officials did not offer any specific guidance on whether – or by how much – the kingdom might agree to cut output, a move many analysts are expecting in order to shore up a global market that is producing substantially more crude than it can consume. Saudi pumps around a third of OPEC’s oil, or some 9.7 million barrels a day.

Asked about coming Saudi output curbs, one Saudi official responded “What cuts?”, according to one of the sources.

Also uncertain is whether the Saudi briefings to oil market observers represent a new tack it is committed to, or a talking point meant to cajole other OPEC members to join Riyadh in eventually tightening the taps on supply.

One source not directly involved in the discussions said the kingdom does not necessarily want prices to slide further, but is unwilling to shoulder production cuts unilaterally and is prepared

With most other members of the cartel unable or unwilling to reduce their own output, the group’s next meeting on Nov. 27 is set to be its most difficult in years. OPEC has agreed to cut production only a handful of times in the past decade, most recently in the aftermath of the 2008 financial crisis.

On Friday, Venezuela – one of the cartel’s most price-sensitive members – became the first to call openly for emergency action even earlier. Foreign Minister Rafael Ramirez said “it doesn’t suit anyone to have a price war, for the price to fall below $100 a barrel.”

On Sunday, Ali al-Omair, oil minister of Saudi Arabia’s core Gulf ally Kuwait, appeared to be the first to articulate the emerging view of OPEC’s most influential member, saying output cuts would do little to prop up prices in the face of rising production from Russia and the United States.

“I don’t think today there is a chance that (OPEC) countries would reduce their production,” state news agency KUNA quoted him as saying.

Omair said that prices should stop falling at around $76 to $77 a barrel, citing production costs in places like the United States, where a shale oil boom has unexpectedly reversed dwindling output and pushed production to its highest level since the 1980s.

Saudi oil officials have made no public comments on the deepening swoon in markets. Senior officials did not reply to questions from Reuters about recent briefings.

to tolerate lower prices until others in OPEC commit to action.

DON’T BE SURPRISED BELOW $90

Global benchmark Brent crude oil futures have fallen steadily for almost four months, dropping 23 percent from a June high of over $115 a barrel as fears of a Mideast supply disruption ebbed, U.S. shale production boomed and demand from Europe and China showed signs of flagging. [O/R]

Until recently, Gulf OPEC members have been saying that the price dip was a temporary phenomenon, betting on seasonal demand in winter to prop up prices. But a growing number of oil analysts now see the latest slide as something more than a seasonal downswing; some say it is the start of a pivotal shift to a prolonged period of relative abundance.

Rather than fight the decline in prices and cede market share in the face of growing competition, Saudi Arabia appears to be preparing traders for a sea change in prices.

The Saudis want the world to know that “nobody should be surprised” with oil under $90 a barrel, according to one of the people. Another source suggested that $80 a barrel may now be an acceptable floor for the kingdom, although several other analysts said that figure seemed too low. Brent has averaged around $103 since 2010, trading mostly between $100 and $120.

While the latest discussions are the bluntest efforts yet to signal the shift in Saudi strategy, early signs had already begun sending shivers through the oil market. In early October the kingdom cut its official selling prices more sharply than expected in a bid to maintain customers in Asia, widely seen as the opening shots in a price war for Asian customers.

McNally said he is not aware of any specific Saudi price or timing strategy, but told Reuters that Saudi Arabia “will accept a price decline necessary to sweat whatever supply cuts are needed to balance the market out of the U.S. shale oil sector.”

As that message began to dawn last week, the price rout quickened, with Brent lurching to its lowest level since 2010.

“Until about three days ago the absolute and total consensus in the market was the Saudis would cut,” said McNally. That is no longer a foregone conclusion, he said. “The market suddenly realizes it is operating without a net.”