(Sarah A. Hoyt) I read somewhere between amusement and horror that the Biden administration wants THE WORLD to create a worldwide corporate tax, to “alleviate poverty” and so that “everyone pays their fair share.”

Of course the reasons they give are nonsense. There might be some idiots who believe them, but by and large they’re nonsense.

And then I realized why they wanted this, and I started to cackle.

Seriously, guys, they have their horns caught in the thicket.

END_OF_DOCUMENT_TOKEN_TO_BE_REPLACED

Boston Fed’s Rosengren Says Fed Should Consider a Wider Range of Assets (Whoomp, There It Is!) Unusual and Exigent Circumstances 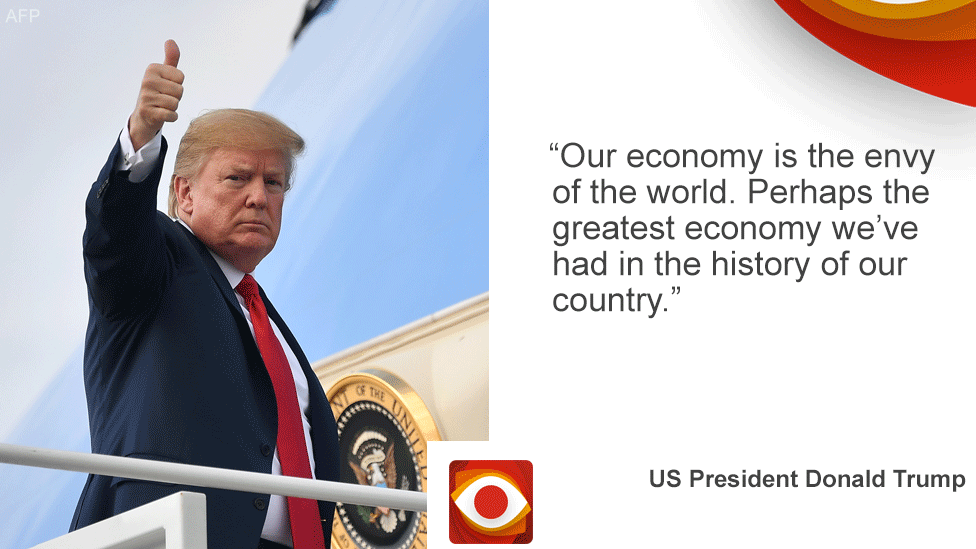 Boston Fed President Eric Rosengren is joining the “unconstrained rate manipulation squad” by calling for The Fed to purchase more than just Treasuries and Agency MBS.

(Bloomberg) — Federal Reserve Bank of Boston President Eric Rosengren said policy makers should be allowed to buy a broader range of assets if they lack sufficient ammunition to fight off a recession with interest-rate cuts and bond purchases. With 10-year U.S. Treasury yields notes already at record lows, Rosengren said typical quantitative easing may not work as it did during the 2008 financial crisis. Therefore, the Fed may need the flexibility “enjoyed” by policy makers in Europe and Japan.

U.S. law currently limits Fed purchases to “any obligation which is a direct obligation of, or fully guaranteed as to principal and interest by, any agency of the United States.” That translates to buying U.S. government and agency debt and mortgages issued by federal housing agencies.

Remember, Maiden Lane LLC? The loan to Maiden Lane LLC loan was extended under the authority of Section 13(3) of the Federal Reserve Act, which permitted the Board, in unusual and exigent circumstances, to authorize Reserve Banks to extend credit to individuals, partnerships, and corporations.

Will The Fed declare unusual and exigent circumstances, like they did with Bear Stearns, JP Morgan Chase and Maiden Lane?

Collapse in crude oil prices is a huge blow to areas where oil extraction and associated industries are the bread and butter of the economy.

As petro-economies suffer from the bust in crude prices, the effects are showing up in the housing market.

Take North Dakota, for example, which was on the front lines of the oil boom between 2011 and 2014. In fact, North Dakota is probably the most vulnerable to a downturn in housing because of low oil prices. The economy is smaller and thus more dependent on the oil boom than other places, such as Texas. The state saw an influx of new workers over the past few years, looking for work in in the prolific Bakken Shale. A housing shortage quickly emerged, pushing up prices. With the inability to house all of the new people, rent spiked, as did hotel rates. The overflow led to a proliferation of “man camps.”

Now the boom has reversed. The state’s rig count is down to 53 as of January 13, about one-third of the level from one year ago. Drilling is quickly drying up and production is falling. “The jobs are leaving, and if an area gets depopulated, they can’t take the houses with them and that’s dangerous for the housing market,” Ralph DeFranco, senior director of risk analytics and pricing at Arch Mortgage Insurance Company, told CNN Money.

New home sales were down by 6.3 percent in North Dakota between January and October of 2015 compared to a year earlier. Housing prices have not crashed yet, but there tends to be a bit of a lag with housing prices. JP Ackerman of House Canary says that it typically takes 15 to 24 months before house prices start to show the negative effects of an oil downturn.

According to Arch Mortgage, homes in North Dakota are probably 20 percent overvalued at this point. They also estimate that the state has a 46 percent chance that house prices will decline over the next two years. But that is probably understating the risk since oil prices are not expected to rebound through most of 2016. Moreover, with some permanent damage to the balance sheets of U.S. shale companies, drilling won’t spring back to life immediately upon a rebound in oil prices.

There are some other states that are also at risk of a hit to their housing markets, including Wyoming, West Virginia and Alaska. Out of those three, only Alaska is a significant oil producer, but it is in the midst of a budget crisis because of the twin threats of falling production and rock bottom prices. Alaska’s oil fields are mature, and have been in decline for years. With a massive hole blown through the state’s budget, the Governor has floated the idea of instituting an income tax, a once unthinkable idea.

The downturn in Wyoming and West Virginia has more to do with the collapse in natural gas prices, which continues to hollow out their coal industries. Coal prices have plummeted in recent years, and coal production is now at its lowest level since the Reagan administration. Shale gas production, particularly in West Virginia, partially offsets the decline, but won’t be enough to come to the state’s rescue.

Texas is another place to keep an eye on. However, Arch Mortgage says the economy there is much larger and more diversified than other states, and also better equipped to handle the downturn than it was back in the 1980s during the last oil bust.

But Texas won’t escape unscathed. The Dallas Fed says job growth will turn negative in a few months if oil prices don’t move back to $40 or $50 per barrel. Texas is expected to see an additional 161,200 jobs this year if oil prices move back up into that range. But while that could be the best-case scenario, it would still only amount to one-third of the jobs created in 2014. “The biggest risk to the forecast is if oil prices are in the range of $20 to $30 for much of the year,” Keith Phillips, Dallas Fed Senior Economist, said in a written statement. “Then I expect job growth to slip into negative territory as Houston gets hit much harder and greater problems emerge in the financial sector.”

After 41 consecutive months of increases in house prices in Houston, prices started to decline in third quarter of 2015. In Odessa, TX, near the Permian Basin, home sales declined by 10.6 percent between January and October 2015 compared to a year earlier.

Most Americans will still welcome low prices at the pump. But in the oil boom towns of yesterday, the slowdown is very much being felt.

By Nick Cunningham in ZeroHedge

“Today is Day 1 of Year 7 of the ‘recovery’, and yet economists everywhere proclaims 3% growth is just around the corner,” rages Jim Bianco as he addresses what ‘bugs him’, exclaiming “that ship has sailed.” Bianco and Santelli go on to slay Keynesian big government dragons and the incessant bullshit from officials like Jack Lew who opine on Greece and other potential systemic risks as being a non-event – “what is priced in is that everything will work itself out at the 11th hour,” leaving a huge asymmetric risk.

Well worth the price of admission…

Kenny DeLaGarza, a building inspector for the city of Midland, at a 600-home Betenbough development.

Single-family home construction is expected to increase 26 percent in 2015, the National Association of Home Builders reported Oct. 31. NAHB expects single-family production to total 802,000 units next year and reach 1.1 million by 2016.

The NAHB called the 2000-03 period a benchmark for normal housing activity; during those years, single-family production averaged 1.3 million units a year. The organization said it expects single-family starts to be at 90 percent of normal by the fourth quarter 2016.

NAHB Chief Economist David Crowe said multifamily starts currently are at normal production levels and are projected to increase 15 percent to 365,000 by the end of the year and hold steady into next year.

The NAHB Remodeling Market Index also showed increased activity, although it’s expected to be down 3.4 percent compared to last year because of sluggish activity in the first quarter 2014. Remodeling activity will continue to increase gradually in 2015 and 2016.

Moody’s Analytics Chief Economist Mark Zandi told the NAHB that he expects an undersupply of housing given increasing job growth. Currently, the nation’s supply stands at just over 1 million units annually, well below what’s considered normal; in a normal year, there should be demand for 1.7 million units.

Zandi noted that increasing housing stock by 700,000 units should help meet demand and create 2.1 million jobs. He also noted that things should level off by the end of 2017, when mortgage rates probably will  rise to around 6 percent.

“The housing market will be fine because of better employment, higher wages and solid economic growth, which will trump the effect of higher mortgage rates,” Zandi told the NAHB.

Robert Denk, NAHB assistant vice president for forecasting and analysis, said that he expects housing recovery to vary by state and region, noting that states with higher levels of payroll employment or labor market recovery are associated with healthier housing markets

States with the healthiest job growth include Louisiana, Montana, North Dakota, Texas and Wyoming, as well as farm belt states like Iowa.